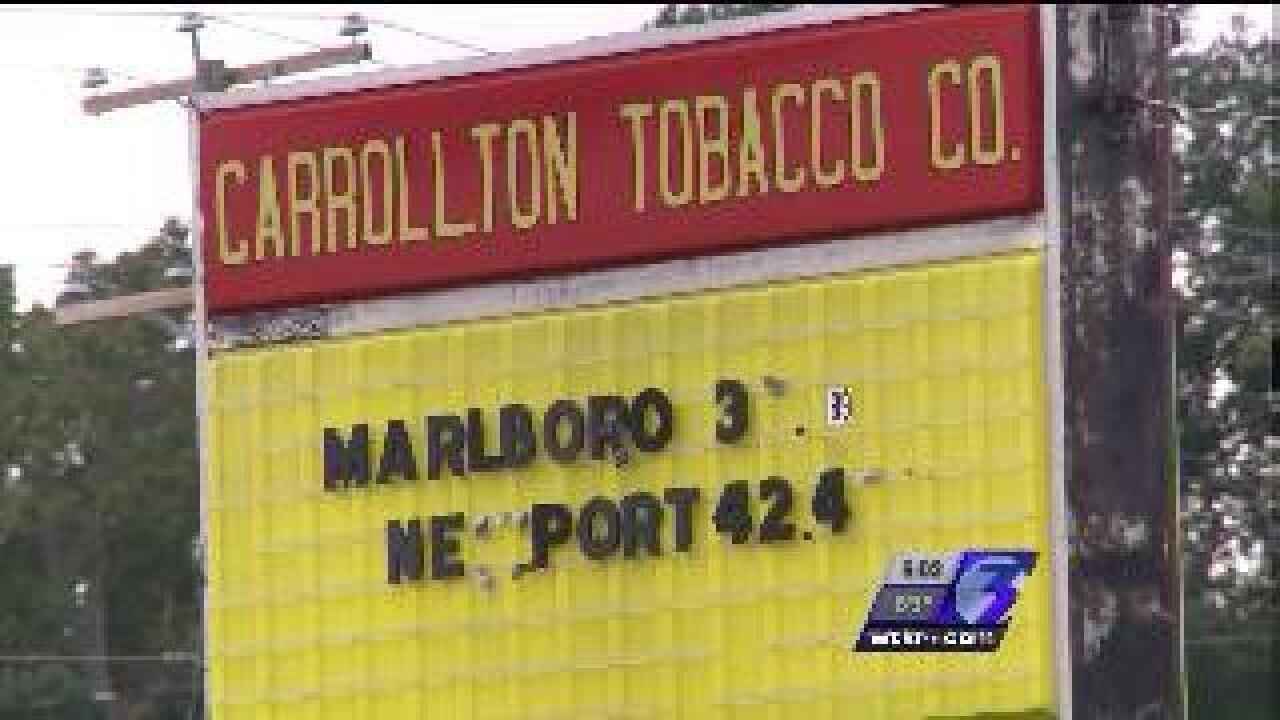 “With a number of undercover agents, we made multiple undercover purchases of spice and synthetics cannabinoids,” said Sheriff Mark Marshall. “They didn’t have it out on the counter, they had it in a special location. They would go in and sell it to our undercover agents.”

Walid Soliman and Lisa Ruppert were arrested and charged with distribution of spice and conspiracy to commit a felony.

The investigation started back in January after several instances of overdoses took place on or near the store's property, some as recent as this last week.

“On the 27th of August, we responded to this area in which a customer had consumed spice,” said Marshall.

Witnesses said the man started smoking the synthetic drugs in the parking lot, when his head locked back, and he couldn't move, screaming for help.

His friends said he had just bought it from Carrollton Tobacco.

Even one of the suspects was affected, overdosing just one day before the raid.

Deputies say it was 21-year-old Dania Soliman. She was discovered by a customer, hallucinating and screaming hysterically.

Deputies say she admitted to smoking spice. Now she is in jail but has not yet been charged.