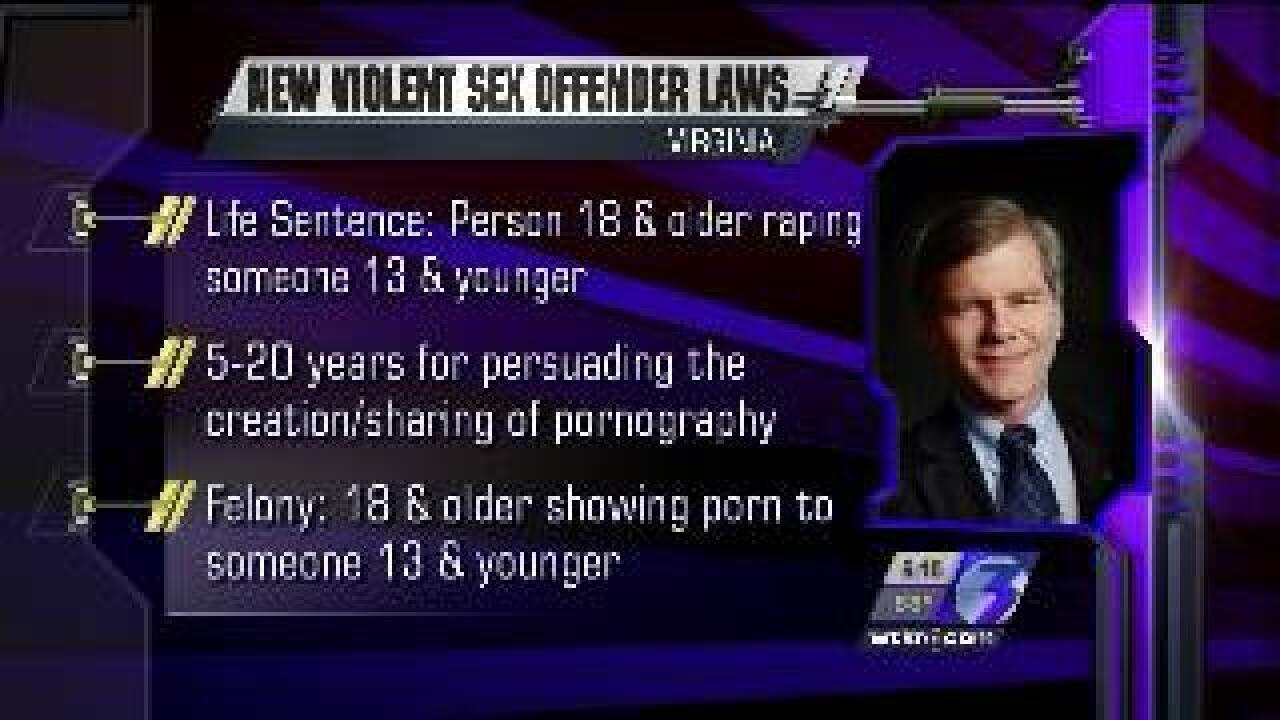 Governor Bob McDonnell is signing a new law making it mandatory for employees and public and private colleges and schools to report any suspected child abuse.

Failure to do so within 72 hours would result in a 500 fine for the first offense, and up to 1,000 dollars for failing to do so again.

In the case against former Penn State football Coach Jerry Sandusky, it was revealed fellow Coach Mike McQueary knew about the abuse and waited to report it.

Sandusky was found guilty of 45 counts of sexual abuse in June.

Another law the governor is signing on Friday will impose a life sentence for anyone over 18 who rapes a child under 13.

Another law says people who persuade others into creating or sharing pornography will be sentenced to five to 20 years.

Also, if someone over 18 shows pornographic images or video to a child under 13, they will now be guilty of a felony.