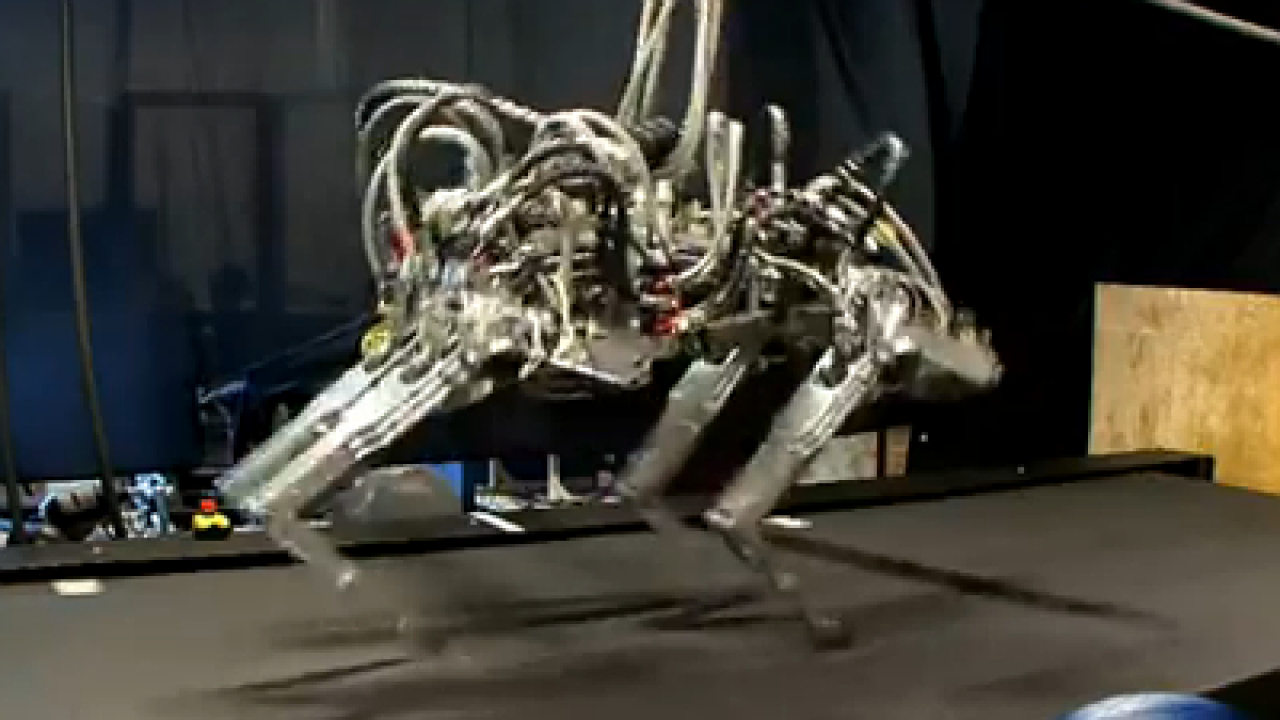 According to Danger Room, the Pentagon’s four-legged robot now runs faster than the fastest man’s fastest time ever, hitting 28.3 miles per hour.

The Cheetah — a quadrupedal machine built by master roboteers Boston Dynamics and backed by Darpa, the Defense Department’s far-out research division — not only topped Bolt’s record-setting time. It also beat its previous top speed of 18 mph, set just a half-year ago.

.“Our real goal is to create a robot that moves freely outdoors while it runs fast. We are building an outdoor version that we call WildCat, that should be ready for testing early next year,” Dr. Alfred Rizzi, the technical lead for the Cheetah effort, says in a statement.