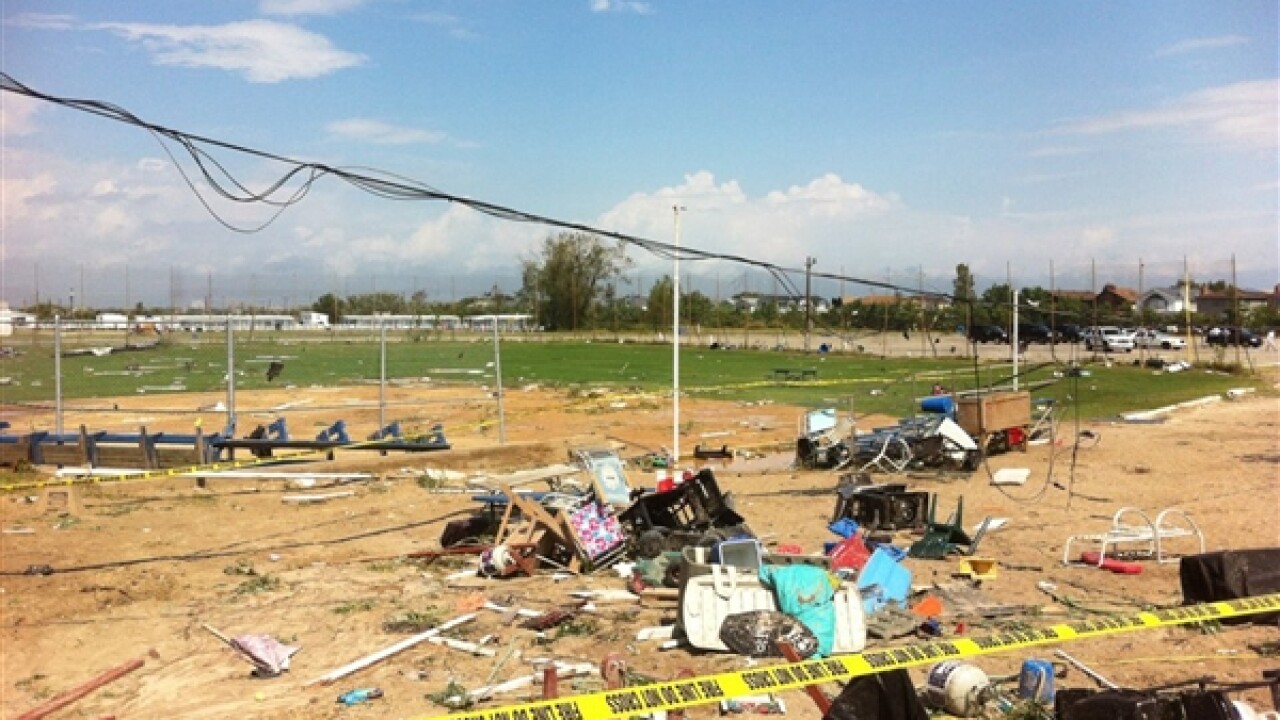 A tornado swept out of the sea and hit a beachfront neighborhood in New York City on Saturday, hurling debris in the air, toppling power lines and startling residents who once thought of twisters as a Midwestern phenomenon.

Firefighters were still assessing the damage, but an hour after it struck there were still no reported injuries and the area affected by the storm appeared small.

Videos taken by bystanders showed a funnel cloud hurling sand and debris in the air, and possibly small pieces of buildings, as it moved through the Breezy Point section of the Rockaway peninsula in Queens.

Linda Beal-Benigno was driving on the Belt Parkway near the Flatbush exit when she said a tornado traveled across the road.

“At first I though it was dark smoke,” she told NBCNewYork.com. “The entire belt felt like it was shaking. It was very frightening because you could see the funnel traveling and moving. It crossed the highway and just missed cars.”

She added, “I never saw anything like that in my life.”

“A lot of rain, a lot of wind,” he said. “It picked up picnic benches. It picked up Dumpsters.”

The National Weather Service had issued a tornado warning for Queens and Brooklyn as the storm moved through the city. It expired at 11:30 a.m.

“It was crazy,” neighborhood resident Joseph Mure told The Associated Press. He said he was in the shower when the storm hit, and went outside to snap a picture of the retreating funnel. “There were a lot of sirens going off. You could see it twisting.”

Anyone in the path of this dangerous storm was advised to move indoors and to the lowest level of the building, away from windows.