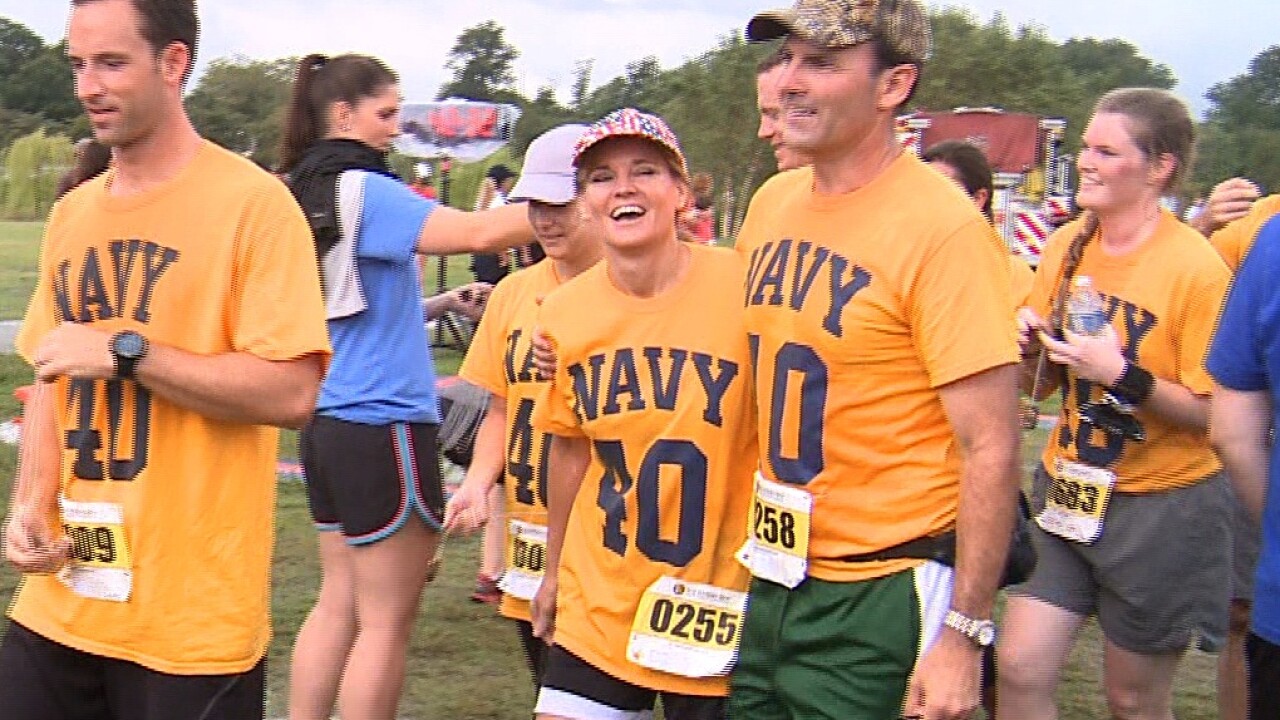 With the September 11th anniversary approaching, people across the country are remembering our nation’s fallen heroes by taking part in “The 9/11 Heroes Run.”

It’s a 5k race put on by the Travis Manion Foundation.  Races were held in nearly 50 cities and towns this weekend.  One of those races took place Sunday at Mt. Trashmore in Virginia Beach.

Hundreds of people came out for the run to remember the sacrifices so many people have made since 9/11.

Kellie Looney’s brother, Lt. Brendan Looney, is one of them.  The Navy Seal died in Afghanistan in 2010.

“He was serving his country and he was doing what he wanted to do.  His helo crashed, and it was hard for all of us, but I’m glad to be out here raising support for him and the Travis Manion Foundation,” Looney said.

Lt. Looney and Lt. Travis Manion were roommates at the Naval Academy.

The Travis Manion foundation was created after he was killed in Iraq by a sniper in 2007.

Manion has inspired thousands to run in the races.  Some made it extra challenging for themselves Sunday, running in heavy gear.

“I just appreciate everything the military does.  I support them fully and love them all,” said Looney.

A team from NewsChannel 3 took part in the race as well.

“It was all for a great cause, and getting out here and just showing support for the folks that protect us every day here at home and overseas, so it was for them,” said Bianca Martinez, NewsChannel 3 anchor.

Sunday’s race raised $20,000.  Half of that money will go to the Travis Manion Foundation, the other half to the 31 Heroes Project.