The USS New York will commemorate this year's anniversary of 9/11 by holding a ceremony on the ship made of steel from the towers.

It’s going to start during the same time when the towers were hit. The crew on the ship will ring a bell for each of the planes that hit each Tower of the World Trade Center.  The crew will then gather on the flight deck and a ceremony will be held along with Marines.

Right now, the ship is on deployment in Bahrain.

NewsChannel 3 had the opportunity to speak to Sailors and Marines about their experiences on the ship and the anniversary of 9/11.

One of those included First Class Petty Officer Martha Cordero, an electrician’s mate from Queens.

She talked about her special bond with the other sailors from New York on the ship.

As a New Yorker, she says it was very important to her to be on the ship bearing the name of her beloved state.

She served two years overseas and as soon as there was an opening on the ship, she went for it.

NewsChannel 3 also spoke with 1st Lieutenant Allison Smyczynski, USMC who was a teenager when the attacks occurred.

She says she’d always felt in her heart she wanted to do something to serve her country which is why she became a Marine.

“When I found out I was going to be serving on the USS New York, it actually gave me chills because I remember that day [the attack on the World Trade Center] exactly. I’m from that area, my family is from that area, so it had a huge impact on me and it does every day being here.”

“This ship is beautifully created and it’s got some symbolism just being on here, walking through each of the hallways. I get that great feeling from the team that we have here as well. 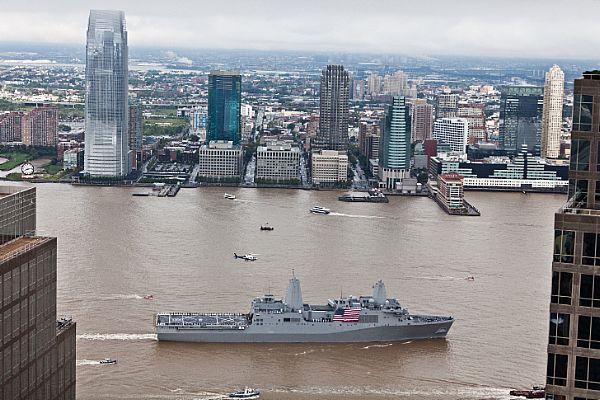