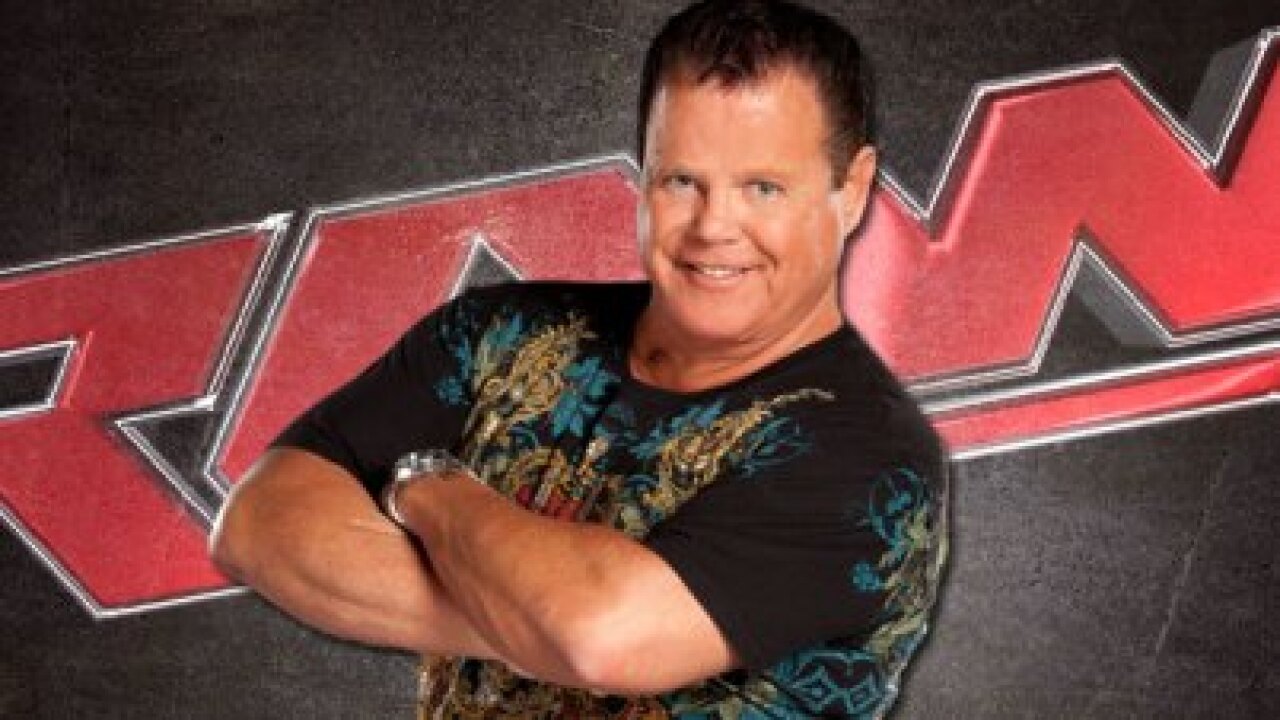 (CNN) — Wrestling legend and World Wrestling Entertainment announcer Jerry “The King” Lawler has been hospitalized after collapsing during a show in Montreal on Monday night, the show’s producers announced.

“Lawler suffered a heart attack while commentating during last night’s broadcast of Monday Night Raw in Montreal,” a statement on WWE’s website said. “We are hopeful Jerry makes a full recovery and returns to WWE in the near future. Our thoughts are with Jerry and his family.”

Lawler passed out at ringside and was given CPR in the locker room of the arena before being taken to a hospital, co-host Michael Cole told viewers during a break in the televised program. Cole said the 62-year-old Lawler was in the emergency room and breathing on his own, but “this is an extremely serious situation.”

“This is not part of tonight’s entertainment,” Cole said. “This is a real-life situation.”

Later in the program, Cole said Lawler was responding to tests and would be given a CT scan at the hospital, adding, “Jerry, my friend, my prayers are with you.”

Lawler made his name in wrestling in the 1970s, winning multiple regional championships in Memphis, Tennessee, and the Mid-South Wrestling circuit. But he became famous beyond the wrestling world for a 1982 bout with comedian Andy Kaufman.

Kaufman, who had begun wrestling women during his nightclub act, accepted a challenge from Lawler and trash-talked both the wrestler and Memphis before the match. The 6-foot, 243-pound Lawler trounced the skinny comedian, who was hauled away in a stretcher.

A few weeks later, the pair appeared on “Late Night with David Letterman” and got into an argument that ended with Lawler slapping Kaufman, followed by Kaufman delivering a profanity-laced tirade and being chased off the set.

But like much of Kaufman’s shtick, the feud was an elaborate put-on.

“They’d be at the coliseum, supposedly trying to kill each other, and then I’d get off the 10 o’clock newscast and walk into the newsroom, and Jerry and Andy would be sitting in an edit booth discussing what had happened and where to go from there,” veteran Memphis wrestling announcer Dave Brown told CNN earlier this year.

Lawler was inducted into the Connecticut-based WWE’s Hall of Fame in 2007 and played himself in the 1999 Kaufman biopic “Man on the Moon.”