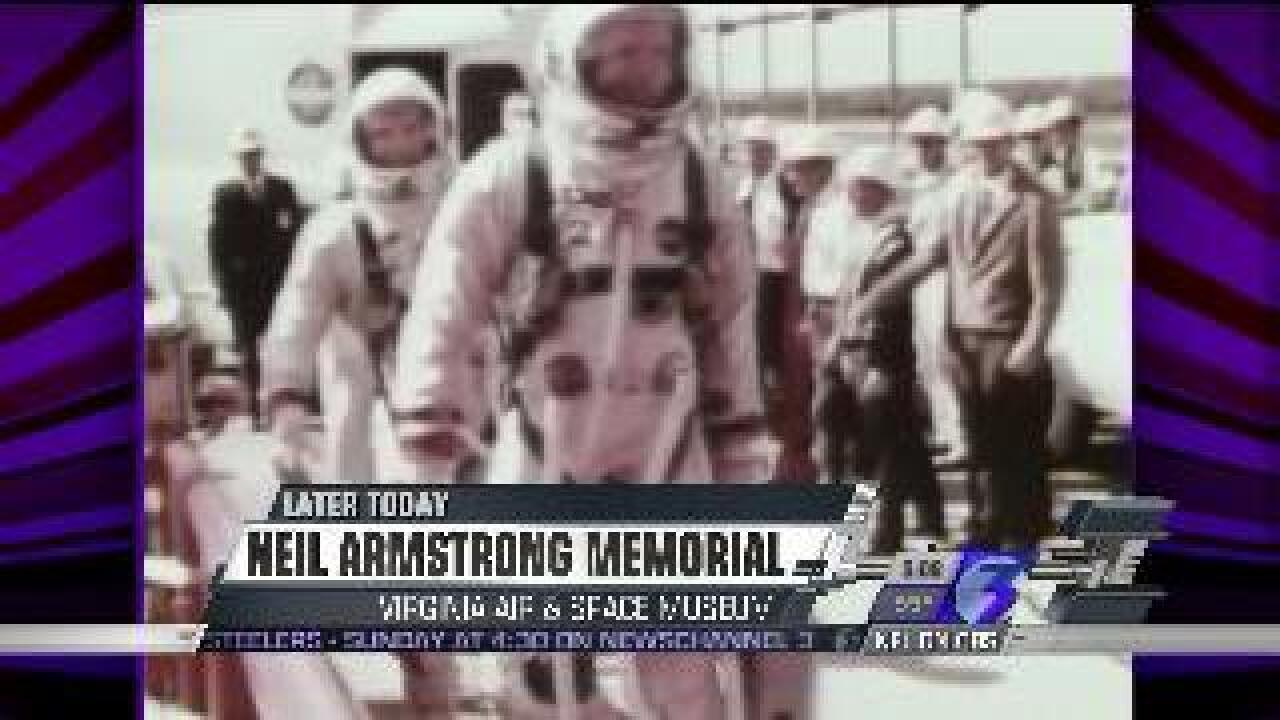 (CNN) -- Neil Armstrong, the first man on the moon, was honored at Washington National Cathedral on Thursday, in a memorial rife with mentions of heaven and earth.

Hundreds of mourners, including Armstrong's family and fellow astronauts, packed the massive house of worship for a public "celebration of (Armstrong's) life," three weeks after he died on August 25 at age 82. The cathedral's interim dean, the Rev. Dr. Francis H. Wade, called the ceremony an opportunity to "give thanks for a life well-lived and service nobly rendered."

Armstrong earned his renown when he led the Apollo 11 moon mission in 1969, and became the first human to step on another celestial body on July 20, 1969.

Alternating between musical and prayer interludes, luminary after luminary described Armstrong as an extraordinary man who had performed extraordinary deeds, yet retained his humility and tried to diffuse the credit and fame he received among thousands of other NASA engineers, scientists, technicians and fellow astronauts.

Treasury Secretary John Snow, a friend of Armstrong's, called him "the most reluctant of heroes."

"With his uncommon humility and grace, Neil captured the very best of the American character and put it on display for the world to see," he said.