This week with the embassy attacks in Libya and the Middle East, the Navy and Marines have been at the center of World events showing just how important Fleet Forces Command based here in Norfolk is to our Military.

And today, they got a new commander.

Admiral John Harvey turned over control of Fleet Forces to Admiral Bill Gortney in a ceremony held aboard the USS Harry S. Truman on what was also his last day of 39 years of active duty before retirement.

During his three years as commander, Admiral Harvey oversaw the Navy’s response to natural disasters like the earthquake in Haiti, made sure ships and sailors were ready to fight the war on terror, and navigated the force through tough budget times.

And during his last week, Harvey says seeing ships like the Laboon and the McFaul respond to the nation’s call in Libya was the perfect example of what Fleet Forces is capable of. 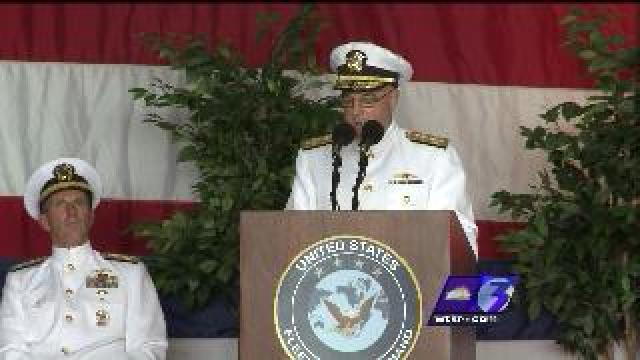