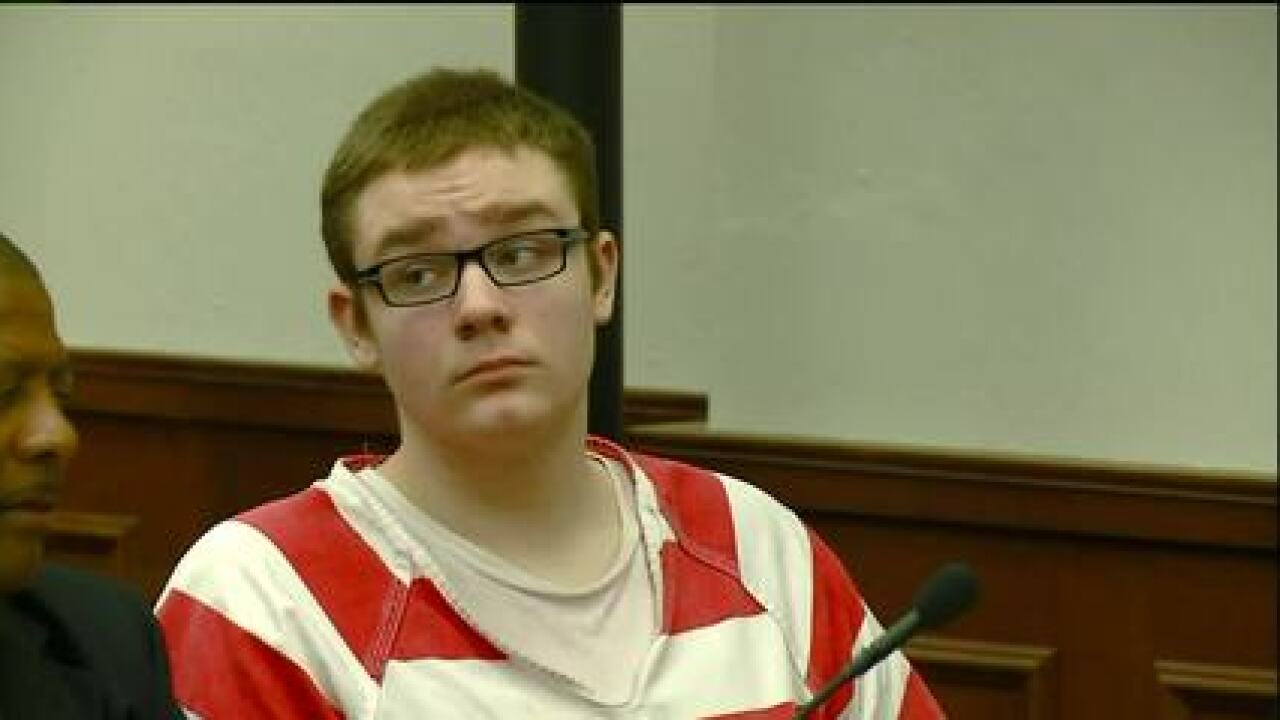 According to WJW, the attorneys representing 17-year-old Brogan Rafferty continued to argue against a jury hearing recorded 'confessions' Rafferty allegedly made to detectives investigating the so-called ‘Craigslist murders.’

He is accused of assisting a man in a plot that lured job hunters to a rural area of Noble County, Ohio, where they were murdered.

According to WJW, in a recorded interview with detectives, Rafferty can be heard telling them, “(Beasley) said he needed to do it to survive because he was on the run.”

Audiotape of three statements that teen suspect Brogan Rafferty gave to police were played in a hearing on Thursday at the Summit County Courthouse.

Attorneys for the 17-year-old Rafferty maintain the statements were coerced by investigators, and are asking a judge to prevent prosecutors from presenting them as evidence when Rafferty stands trial.

On one of the tapes, a detective asked the then 16-year-old Rafferty about digging the grave of one of the three victims.

"When did you first find out about the Craigslist ads, was that before you dug the hole or after?" Rafferty was asked.

He responded, "That was around that time."

The first two times that Rafferty was questioned by authorities about the murders of the three men, who had responded to a Craigslist ad about a non-existent job at a farm in southern Ohio, he denied knowing that his mentor, 52-year-old Richard Beasley, had allegedly planned to kill the men and steal their possessions, and also denied any direct role in the slayings.

A detective asked, "Did you shoot David Pauley?"

The detective then asked, "Did you shoot Scott Davis?"

Rafferty answered, "I did not shoot anyone, sir."

But in the third recorded interview, Rafferty admitted that Richard Beasley told him about the scheme, and Rafferty also admitted that he helped Beasley attempt to cover up the slaying of 51-year-old David Pauley.

A detective asked, "Did you help put (Pauley) in the hole or cover him up?"

In one of the police interviews, Brogan Rafferty indicated that after the killings, he and Richard Beasley would retrieve the victims' vehicles and later split up their possessions.

Rafferty told police that after one of the murders, Beasley revealed his alleged motive for killing the victims.

"He said that he needed to do it to survive because he was on the run," said Rafferty.

During one of the interrogations, Rafferty revealed what happened after Richard Beasley allegedly shot a man who survived.

Scott Davis, 48, escaped into nearby woods and notified authorities, who eventually uncovered the bodies and the alleged Craigslist plot.

Rafferty told detectives, "He said that the man got away."

When asked by a detective what he thought, Rafferty said, "I thought it was good for him because he had been talking about having family on the way down there and I thought it would look bad for Rich and probably bad for me, but good for him."

If convicted of aggravated murder and attempted murder, Rafferty could face life in prison.

If convicted of all charges, Richard Beasley could face the death penalty.