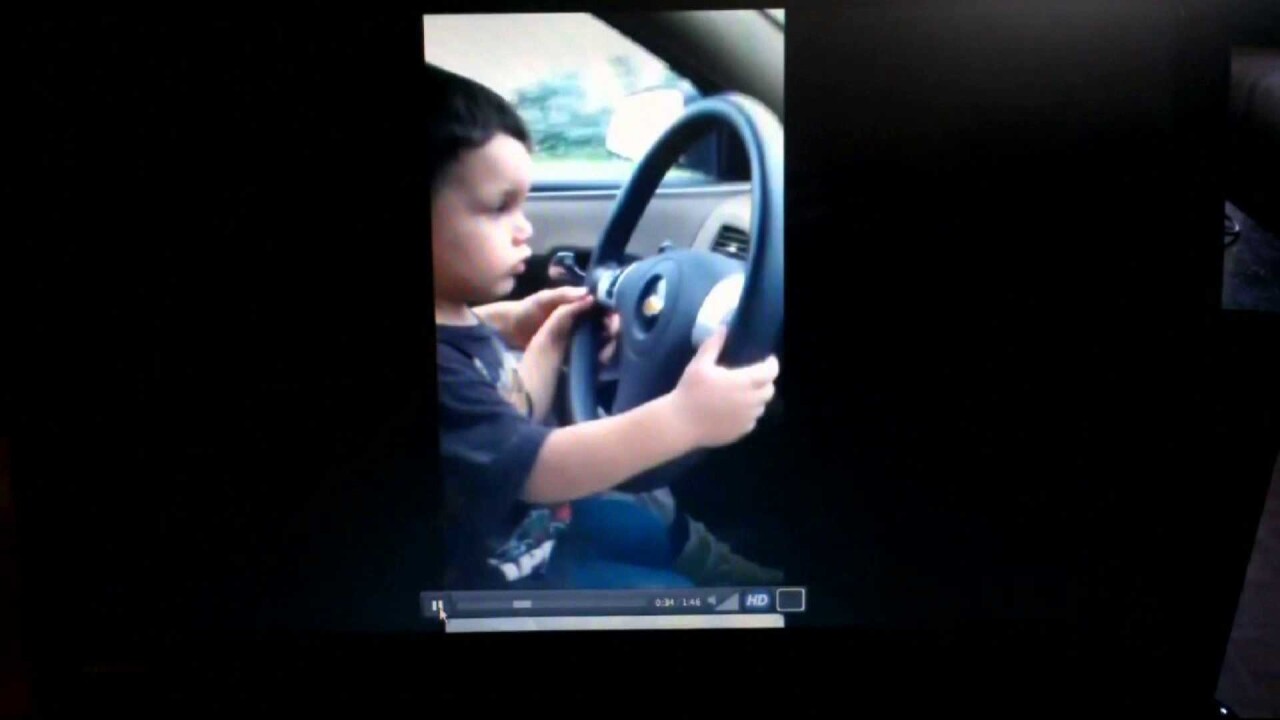 In North Carolina, video of a two-year-old behind the wheel of a moving car has outraged some who saw it on Facebook.
The child’s parents now say they realize it was a dangerous move.
A momentary lapse in judgment by two parents causes many to ask just what were they thinking.
Cpl. Marcus Madrid and his wife Angelina were driving on Fowler Manning Road near their home in Richlands when their 2-year-old son Giovanni asked if he could drive.
Corporal Madrid put him on his lap and they headed home.
A woman who wishes to remain anonymous alerted a news station to cell phone video she saw posted on the Madrid’s Facebook page.
“The kid could possibly die if something were to happen.”
We tracked down the family to get their side. They say they never meant to hurt little Giovanni.
“I feel bad for doing it and i wasn’t thinking, we weren’t thinking.”
Mom Angelina says she is worried about her husband’s future as a Marine.
She says other parents can learn from this.
“A lot of parents could see this, they can learn not to do this and not go through the name calling.”
Grandma Tracee Ramos agrees.
“My son-in-law and my daughter take very good care of my grandson, I love my grandson.”
Tracee says the Madrids have never done anything like this before.
“Other people have done it, I’m not saying that’s an excuse for it, but they just thought it would be cute.”
The family says Giovanni won’t be behind the steering wheel anytime soon.
Legal experts say putting a child behind the wheel violates child restraint laws and other traffic laws.