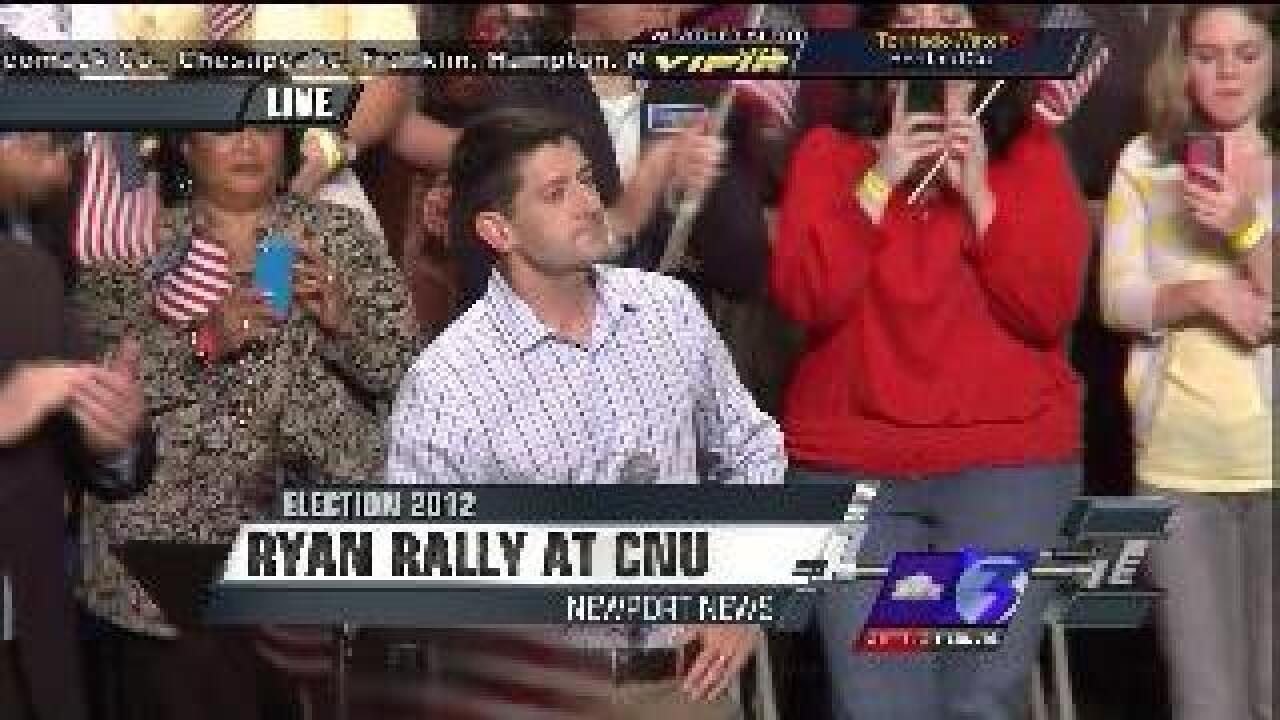 He was just in New Hampshire, as part of this week's campaign stops.

It was a little more than a month ago when Republican Presidential Nominee Mitt Romney was in Norfolk, where he announced to the nation that Ryan would be his VP pick.

This evening's visit was Ryan's third trip to Virginia this week.