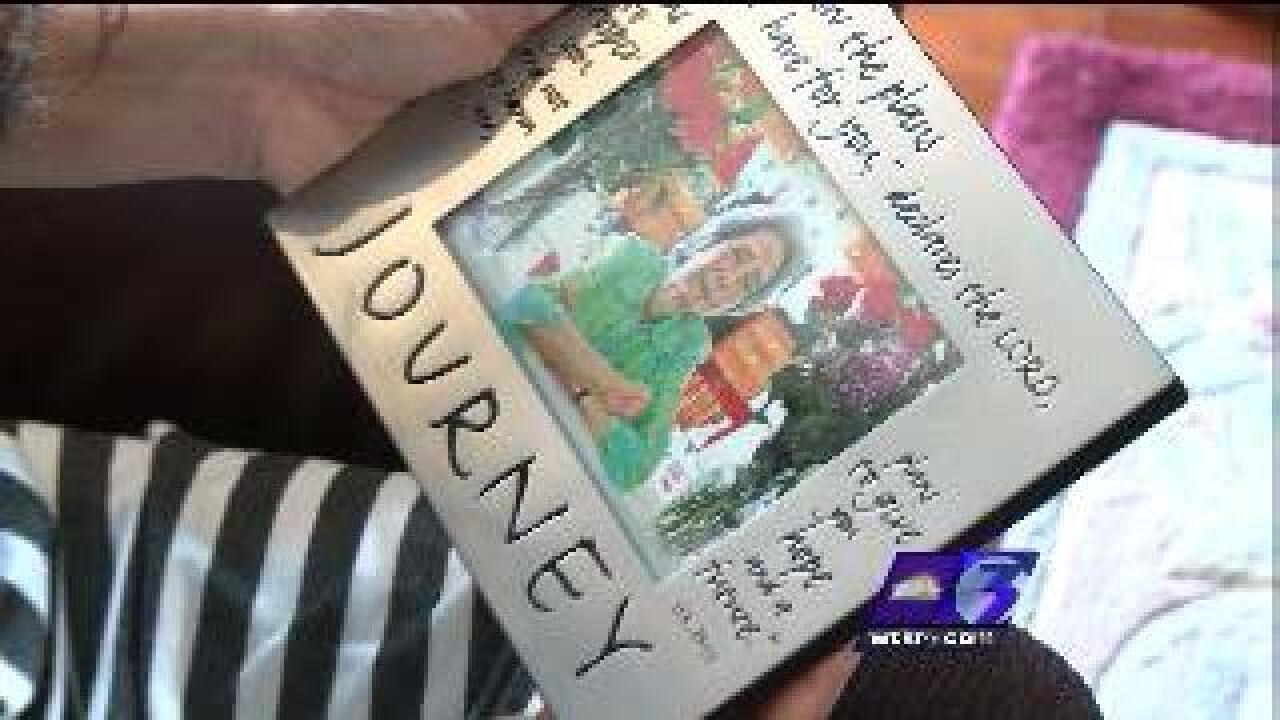 Trying to get from the Peninsula to the Southside Saturday was a nightmare for drivers.

“It’s the worst feeling I had in my life,” said Imelda Reantaso.

The drive wasn't just another trip across the water for her; it was her last chance to say goodbye.

“It was my mom’s funeral, and it’s the last time that I’m going to see her,” said Reantaso.

To get to the funeral, she had to drive from Hampton to Virginia Beach.  It’s a trip that would normally take 45 minutes.  This time it took hours just to go a few miles.

With the Hampton Roads Bridge Tunnel closed eastbound and the James River Bridge closed southbound, the Monitor Merrimac Memorial Bridge Tunnel was her only way to get to the Southside. She was forced to sit in a virtual parking lot, moving only a few feet at a time.

“I was so mad, I think I ran out of tears because I was crying and then praying, looking at the time, like to have it slow down,” she said.

She made it in time for the funeral but missed three hours of the visitation.

“This is the last four hours that I’ll be able to see her and it got down to one hour.  I mean before the funeral, so it was crazy,” Reantaso said.

Friends and family who were making the drive from the Washington D.C. area had the same problem.  They either got there hours late or didn't make it at all.

“It was mixed emotions, you know, you’re mad, you’re angry and who do you blame?  Do you blame one particular person?  At one point I was blaming myself because I was like, ‘We should have left earlier,’ but how early? Seven in the morning? No, I mean no, I don`t think so,” Reantaso said.

She says VDOT should have done a better job planning the bridge closures.

“I know it has to be done, but I think there was a smarter way of doing it.”