Parts of Virginia seeing first fall colors of the season 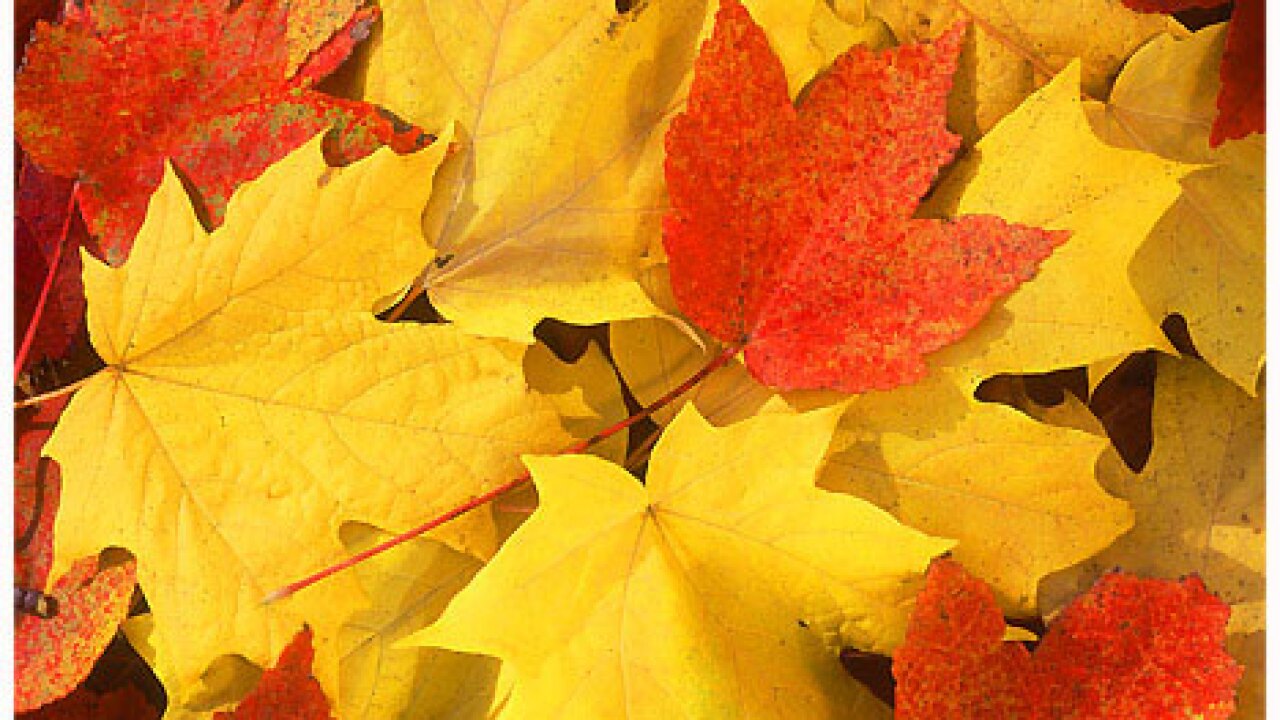 We are several weeks away from the typical peak season for fall foliage.  However, a few areas in the mountains of Virginia are already seeing some leaves showing their true colors.

Spotters through The Foliage Network, in fact, are keeping a close eye on the leaf changes.  The Foliage Network is an online resource, which tracks fall colors throughout the Southeast, the Northeast, and the Midwest.  Marek D. Rzonca released a report on Saturday, September 15, 2012, saying, “Still pretty quiet foliage-wise in the region.

The only areas to cross the 10% color change threshold are isolated portions of the Appalachian Mountains in western Virginia and northern West Virginia.  This is not unusual, as the Southeast changes later than the Northeast and Midwest” (The Foliage Network).

The U.S. Forest Service says that fall leaf colors are typically influenced by leaf pigments, the length of night, and the weather.  Carotenoids, anthocyanin, and chlorophyll are the three pigments involved in fall leaf colors.  A lot of us have heard of chlorophyll.  It gives leaves a basic color of green during the growing season.  However, as the days grow shorter and the nights grow longer and cooler in the fall, chlorophyll production begins to slow down, and eventually it stops.  That’s when the carotenoids and anthocyanin begin to emerge and show their colors.  In fact, carotenoids and anthocyanin produce those vibrant colors of the fall season, like yellow, orange, brown and red that we’ve come to expect every year.

The weather also plays an important role in fall colors.  In fact, weather conditions determine how vibrant those colors will be as well as the amount of color we’ll see each season.  Temperature and moisture are the main factors.  The U.S. Forest Service says that several days of warm, sunny days in a row along with cool, crisp nights when temperatures are above freezing bring some of the best leaf colors.  Rain or the lack thereof can have a significant impact on the fall color show as well.  A late spring or severe summer drought conditions can delay the start of fall color by a few weeks. Also, a period of warm weather during the fall tends to lower the intensity of the colors.

The Virginia Department of Forestry says the typical peak season for fall foliage in the Commonwealth occurs between October 20th and the middle of November.  Areas in southwest Virginia and the Shenandoah Valley usually experience their peak first.  So grab the camera and hit the road!  The fall colors will likely be at their best and brightest the farther west you go this season.