Top-ranking officer talks about future of Navy amidst tightening budgets 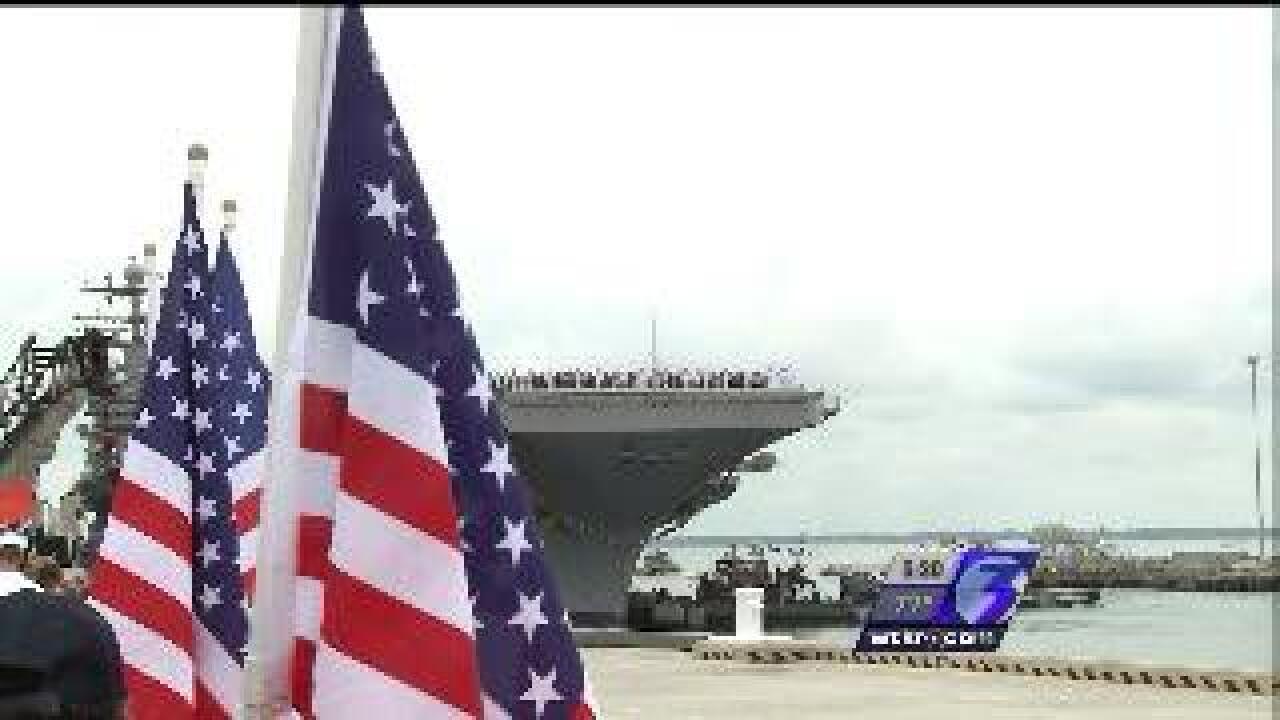 He came to install a new Fleet Forces commander, but Admiral Jonathan Greenert also took the opportunity to discuss the future of the Navy during his visit to Naval Station Norfolk.

“Adaptability is the absolute essence of being a sailor, but it’s our ships and our aircraft that also have to be adaptable,” said ADM Greenert at a ceremony aboard the USS Harry S. Truman.

ADM Greenert pointed to the USS Enterprise, which has been adapted over the years from a Cold War weapon to a multi-mission platform.

Mid-life aircraft carriers like the USS Abraham Lincoln and the USS Theodore Roosevelt will follow the same path.

So in the future, money will be spent on flexible platforms like Littoral Combat Ships and Forward Afloat Sea Bases.

The planes you see taking off from those runways will also be changing in the future.

In one year`s time, ADM Greenert says Norfolk-based ships will be launching drones instead of jets.

“Unmanned aircraft from a carrier…they said it couldn`t be done, but we did it, and that`s our future. That`s the evolving air wing,” said ADM Greenert.

It`s a way for the Navy to cut down on costs, keep the old platforms, and only upgrade the technology actually launched from them.

“We need future leaders to embrace and get ready for that change,” said ADM Greenert.

There could still be problems on the horizon with automatic defense cuts set to take effect in January.

A new White House report shows that the Navy would lose more than $4 billion in funding through sequestration--$2 billion cut from shipbuilding alone.

When it comes to carrier mid-life refueling projects, the Navy already is set to run out of money for the Roosevelt, and will not have enough money for the Lincoln to even begin.

The man picked to lead the fleet into the future, Admiral Bill Gortney, says controlling the budget will be his biggest challenge moving forward.

“Making sure every dollar we spend, we get a dollar out of readiness for it, so that when we send our forces forward, they are ready to do the mission,” said ADM Gortney.