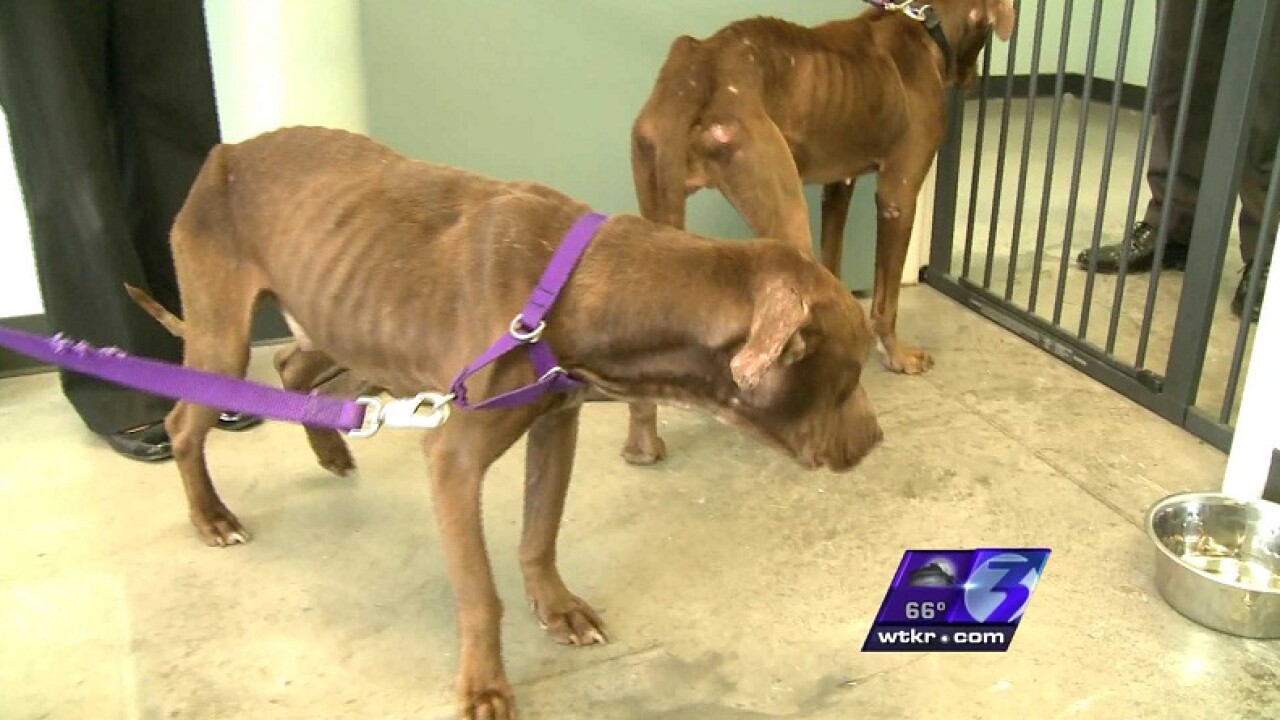 Grace and Charlie are near mirror images of each other.

Their horror story of malnourishment is a painfully sad case of Deja Vu for the Portsmouth Humane Society after they received a dog named Hope. She was left for dead, so weak she couldn't walk.

"They're from three different locations in Portsmouth, but the condition is relatively the same... They're skeletons with hair essentially," said Executive Director Christie Chipps-Peters.

If Charlie hadn't come in on Wednesday, he may not have made it.

Both are about a year old. It's tough to tell whether at any point during their short lives they've gotten the TLC their sweet eyes beg for.

Marks show where bugs feasted on their ears.

Their respective owners neglected the dogs so badly that the Humane Society says they would have been better off on their own.

"It's the dogs that can't get access to food, that are in someone's yard, tied up to a chain that are left to die and it's disgusting," Peters said.

Hope was in even worse shape than these two, and she's recovering nicely, which is keeping them optimistic that Charlie and Grace will soon be better than ever.

"They're going to be in treatment together so maybe they'll give each other courage."