Driver cited for blaring horn over and over again at bicyclists 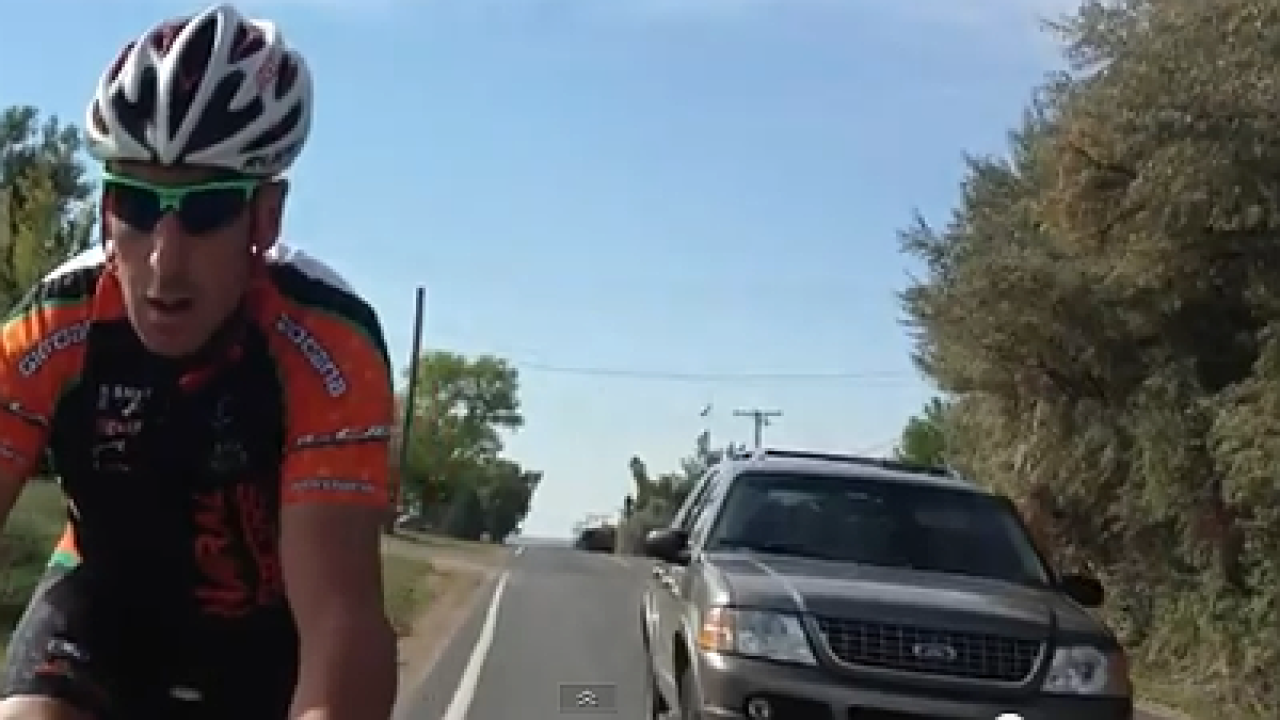 LONGMONT, Colo.(FOX31 Denver) — The Colorado State Patrol cited a man Wednesday who is accused of blaring his horn over and over again at a couple of bicyclists.

Their videotape of the incident Sunday has gone viral on the Internet and it led to the investigation and citation.

James Ernst, 75, of Erie, Colo. was issued a citation for harassment (two charges), impeding the flow of traffic and improper use of a horn or warning device.

“It just wouldn’t let up, it was absolutely insane,” said Dirk Friel about the nonstop honking and close call all caught on tape.

“The ones that come really close to you and then they’re on their horn…that’s the scariest ones of all,” added Friel.

The driver, seen in the video behind the wheel of a Ford SUV, declined to speak to our sister station FOX31 Denver about the situation Tuesday.