The officers were initially dispatched to the area to search for a stray dog, but were unable to locate the dog.

During their search, the officers found two turtles weighing approximately 50 pounds each inside old discarded bathtubs behind the home.

As they searched inside the home, the officers found a four-foot long canebrake rattlesnake inside a broken fish tank, 23 more turtles of various sizes, an eel, a shovelnose catfish and a small parrot commonly known as a love bird.

Could owning a reptile become illegal in Virginia?

The animals were found in various degrees of health and were found throughout the home - one of the turtles was found in a dresser drawer.

Five dead turtles and three dead snakes were also found. All of the animals appeared to be abandoned.

Animal Control Officers and police asked a local reptile rescue group, Virginian’s Interested in Protecting Every Reptile (VIIPER) to help with the animals.  With the help of VIIPER, all of the live animals were taken to the reptile rescue.

The two large turtles were transported to the Portsmouth Humane Society for evaluation and treatment. 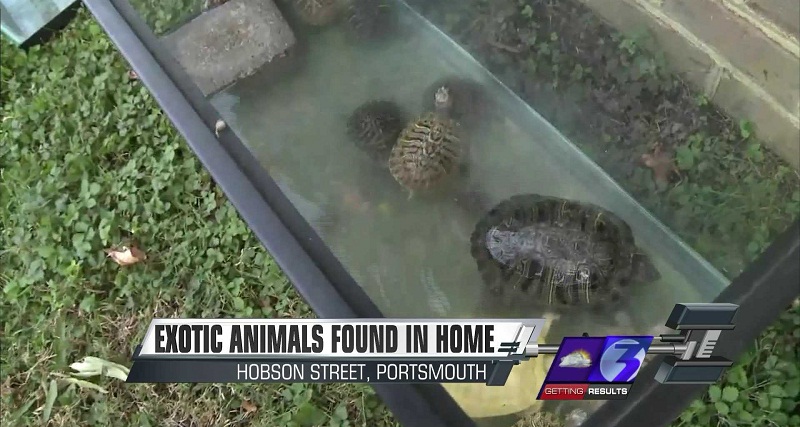