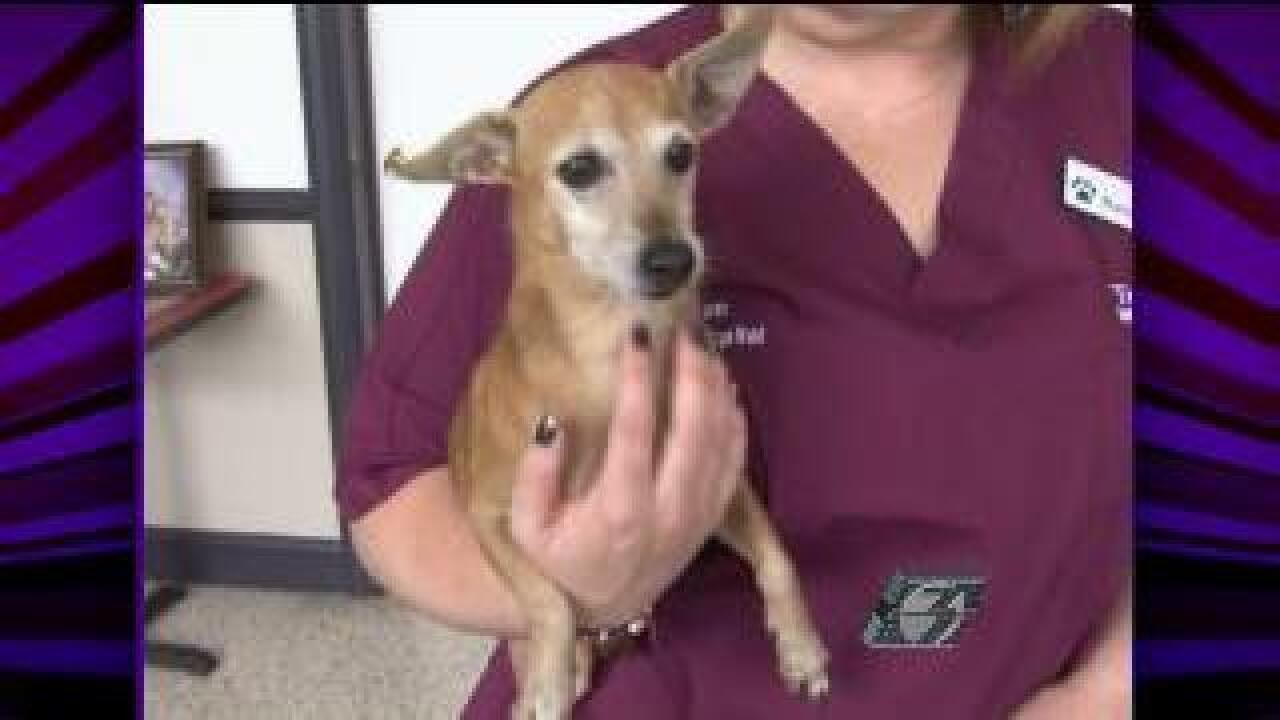 Ajax the dog has one incredible survival story.

He was hurt in Hurricane Irene and lost a leg.

In the aftermath of the storm, he was taken in by an 80-year-old woman and the two were inseparable.

That is until the woman passed away last month.

At first glance, Ajax looks like any other dog: he's playful, loving and enjoys a nice pet.

But Ajax has dealt with a lot in his dog years.

"He was found wandering the streets with his back leg completely crushed."

His leg was amputated by a vet, and an elderly woman in Robbersonville adopted him and they did everything together.

But sadly, years later, this three-legged dog that had overcome so much already, was forced to be resilient again.

His owner, Ms. Hamilton went missing back in August, and around a week later was found dead.

An autopsy showed she died of natural causes.

Workers at the Williamston Veterinary Hospital have been taking care of him ever since.

Now they are trying to find the right person to be his new owner.

But that can be tough for a dog like Ajax.

"The odds are stacked against him. It doesn't make him unadoptable, but it makes him less adoptable."

It's a problem many animal hospitals and shelters deal with.

Workers say, while they may require a little more work to adjust, when they do, they can be just as loyal and loving as any other dog.

"He's just got a heart, and he just needs somebody to sit with, that's all."