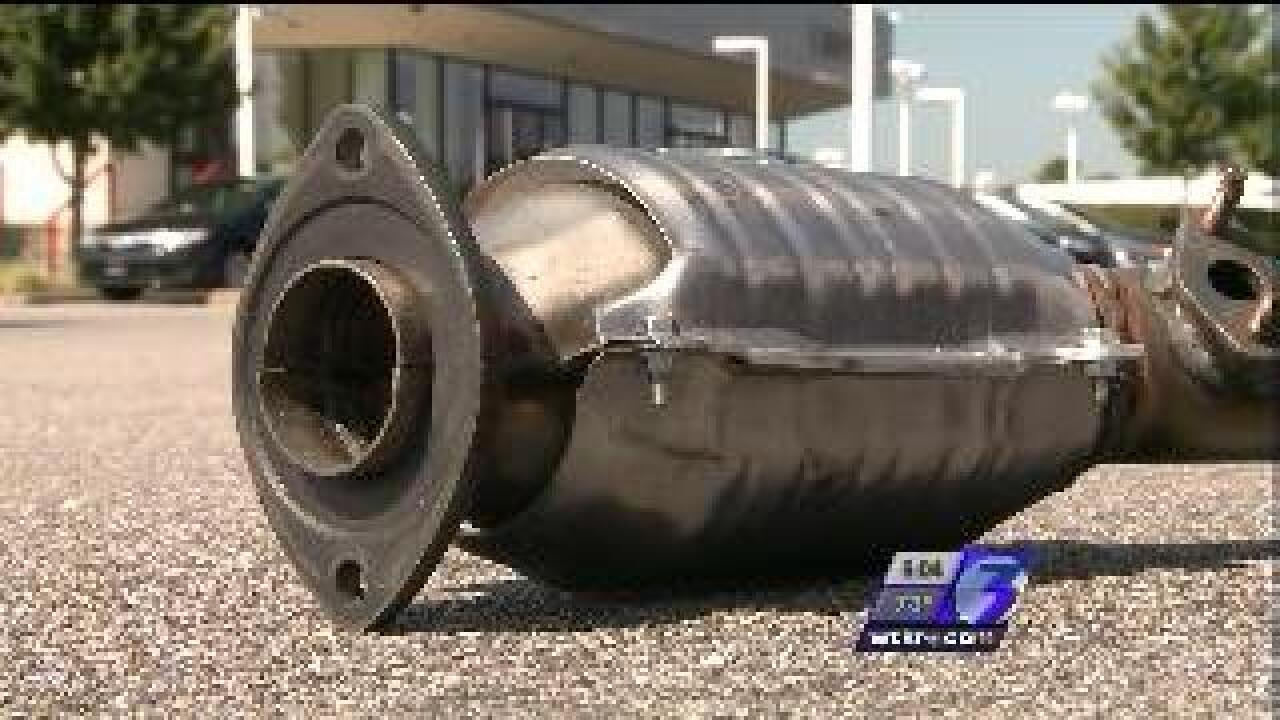 The Hampton Roads Automobile Dealers Association is offering a $2,500 reward for information leading to an arrest in a series of catalytic converter thefts.

HRADA says that multiple dealerships all across Hampton Roads have been hit in the past few weeks.

They say professional thieves are taking the catalytic converters from both cars and trucks.

"We had 30 some trucks where the thieves came in at night and disconnected catalytic converters as opposed to ripping them out," explained Priority Vice-President Stacy Cummings.

Cummings knows of at least 7 dealerships across Hampton Roads that have been hit by the thieves and says the same people may be responsible in all of the cases.

"The way that they operate is all identical," Cummings said. "They would drop someone off. One person would come in and disconnect the catalytic converters and take them to a spot off the lot and then another group would come and pick the converters up."

"It may be that there are some unscrupulous shops out there that are using these catalytic converters in the whole," Cummings stated.