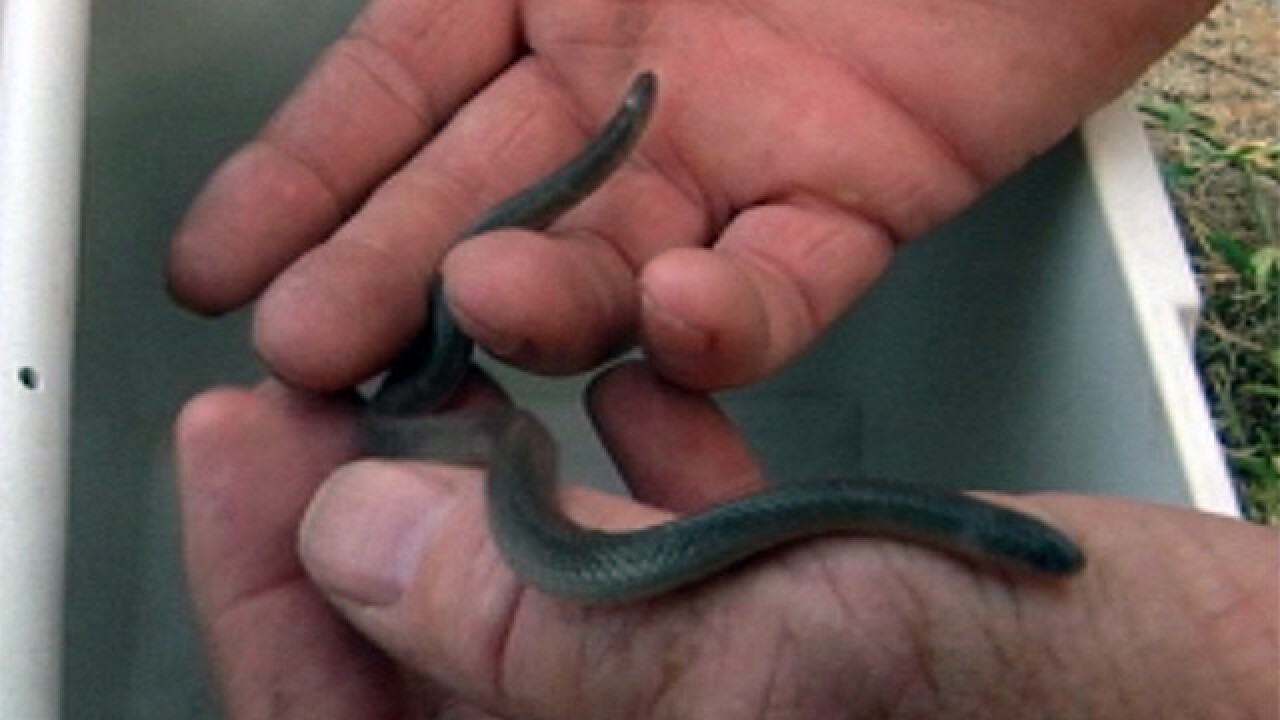 By Dana Wachter
Ware Shoals, SC (WHNS) — Finding a snake in your yard may be a little scary, but what about one with two heads?

A Greenwood County family is trying to figure out how this is possible, but they’ve been taking care of the little guy for weeks.

Savanna Logan and her brother, Preston, have been amazed by this two-headed snake and showing it off at school since workmen at their home found it three weeks ago.

A National Geographic article reports that two-headed snakes are rare but not unheard of. It said they’re formed like Siamese twins. Typically, two-headed snakes have two heads on one side, versus the one this family found, with one on each end.

Savanna Logan’s grandfather took the snake to the Ware Shoals High School biology department. Teachers told him this was a “rough earth” snake and not a baby. It was nothing they’d seen before, with two heads, two tongues and four eyes.

“One head’s bigger and one’s more dominant than the other, but they both seem to control the body, the main head will do one thing then the other part is trying to go the opposite direction,” said Savanna Logan’s mother, Tina Stewart.

Savanna’s grandfather has been taking care of the snake. He said he’s seen it multiple times, crawl one way, stop, then pick up the other head and crawl the other way