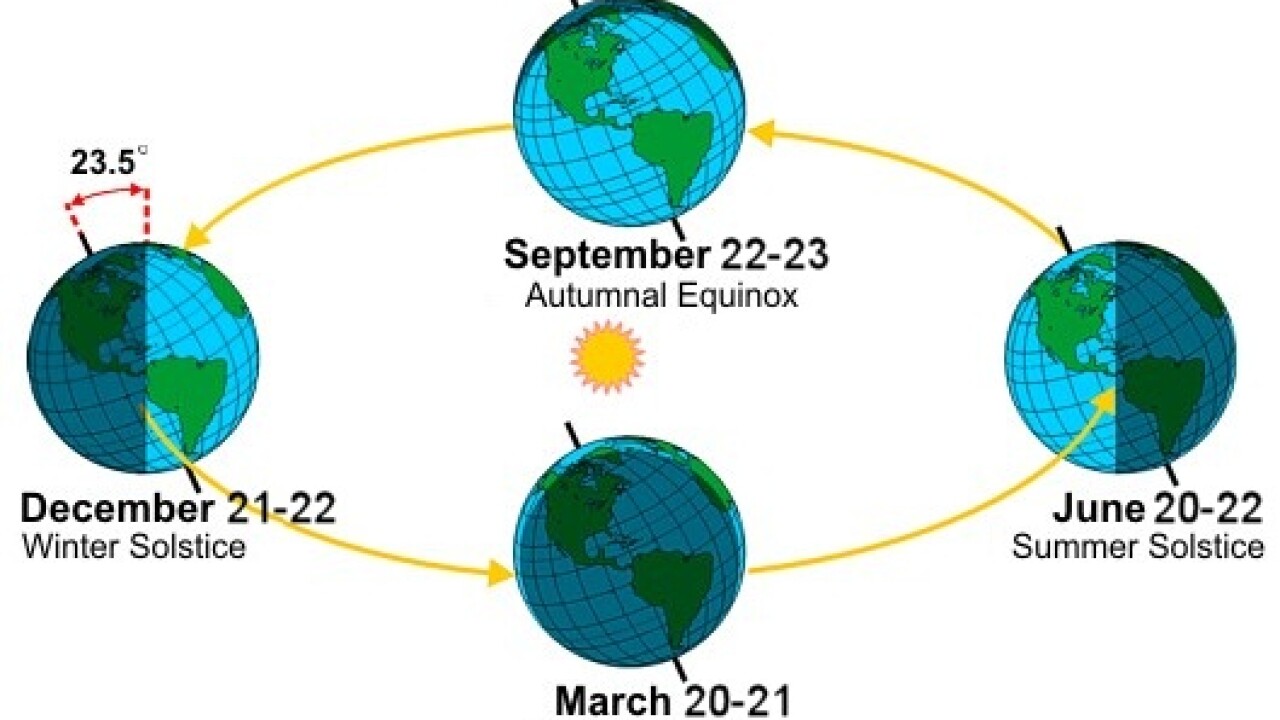 The sun is rising later, the sun is setting sooner, and temperatures are falling. Fall is right around the corner, with the official start this weekend. The Autumnal Equinox is the official name for the start of Fall but it’s much more than a date on the calendar.

What is an equinox?  For centuries humans have used the sky as a clock and calendar. They could easily see that the sun’s path across the sky, the length of daylight, and the location of the sunrise and sunset all shifted in a regular way throughout the year. Today, we know each equinox and solstice is an astronomical event, caused by Earth’s tilt on its axis and orbit around the sun.

Because Earth doesn’t orbit upright, but is instead tilted on its axis by 23.5°, Earth’s Northern and Southern Hemispheres trade places in receiving the sun’s light and warmth most directly. We have an equinox twice a year (spring and fall) when the tilt of the Earth’s axis and Earth’s orbit around the sun combine in such a way that the hemispheres are even.

The name ‘equinox’ comes from the Latin aequus (equal) and nox (night). Night and day are approximately equal in length. But, since Earth never stops moving around the sun, these days of equal sunlight and night will change quickly.

What are the signs of the equinox? You can easily notice the later dawns and earlier sunsets.  Also notice the arc of the sun across the sky each day. You’ll find it’s shifting toward the south. The shorter days are bringing a trend of cooler weather and the autumn leaves are just weeks away.

On the equinox the sunrise is due east and set is due west.  No matter where you are on Earth, you have a due east and due west point on your horizon. That point marks the intersection of your horizon with the celestial equator (the imaginary line above the true equator of the Earth).