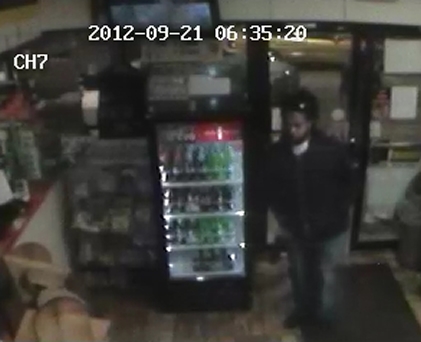 Police say in September, several people in Churchland reported items missing from their vehicles. They say in most cases, the vehicles were parked unattended and unsecured.

Detectives say in one incident on September 21, 2012, the victim’s government credit card was taken from their vehicle that was parked in the 4300 block of Heron Point.

Police say a man used the government credit card at the Happy Shopper and the Holiday Food Store, both in Suffolk.

Police say he purchased gas and cigarettes from both stores.  He may have been with other male suspects at the businesses.

If you have any information about this case, please call the Crime Line at 1-888-LOCK-U-UP.