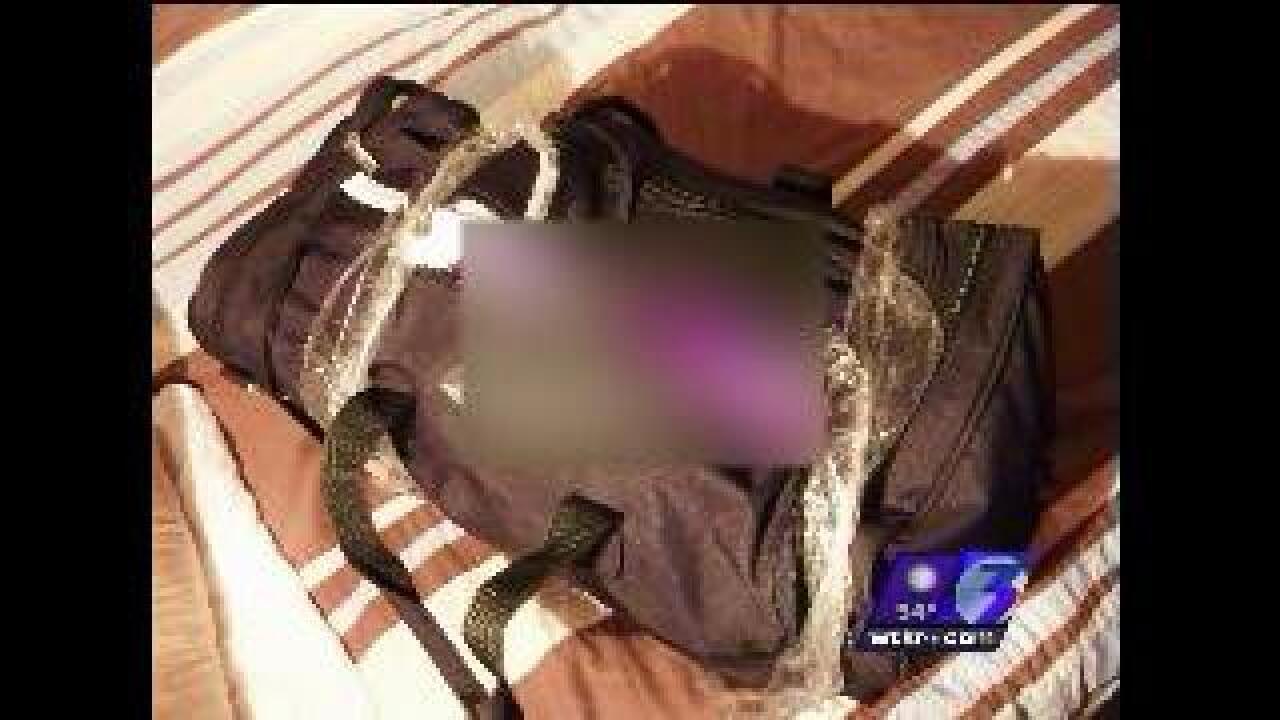 Norfolk, Va. - It was the vacation of a lifetime- exploring Costa Rica!

Christopher and Martin have been together for 9 years, and married five years ago in Canada. They planned the last-minute trip to get away from their hectic careers.

Their connecting flight from Houston brought them home to Norfolk International Airport.

What happened next - as they looked for their bags at the luggage carousel - would become a day they wish they could erase from their memories.

"Somebody had taken a very private item of ours, a sex toy out,” says Martin.

"It had been strapped to the top of our bag,” says Christopher.

"Some people were laughing,” says Martin.

Christopher and Martin say their bags were undisturbed when they went through customs in Houston and re-checked them on the Continental flight to Norfolk.

They allege airline baggage handlers targeted their luggage because of its contents.

"Male bags, male clothing inside and the nature of the sex toy, one would assume that we were gay,” says Martin.

The couple say their sex toy was on top of the bag, prominently displayed, wrapped multiple times with clear tape.

The couple say they reached out to United Airlines, the parent company of Continental- but did not get the response they had hoped for.

Christopher and Martin say, moving forward is not an option until the airline acknowledges what happened to them.

"Had they come to us with an apology and oh we found out who did it, and they have been dismissed, we are so sorry, and everything else, no it wasn't any of that,” says Christopher.

If the question is why them? Why their bag? One theory is a baggage handler intent on theft instead found an opportunity to humiliate them with the contents, instead.

The couple call it a hate crime, and they're willing to step forward because they say this type of bullying has led to gay suicide.

"United does not tolerate discrimination of any kind. After conducting a thorough investigation, we determined that there is no support for this allegation. Nonetheless, we offered these valued customers a gesture of goodwill which they decline. We will vigorously defend ourselves and our employees."

"Martin and Christopher were reluctant to bring the lawsuit for obvious reasons,” says Harry Scarborough, a Houston-based lawyer who now represents the couple in a civil lawsuit.

"What's unusual about this case is somebody in the airline really wanted to hurt Christopher and Martin, and they succeeded in a very mean and cruel way,” says Scarborough.

"It’s sad it had to come to this. It’s not what we want to be known for in this world,” says Martin.

"We need for them to be held accountable,” says Christopher.

The alleged incident follows reports of theft and smuggling by baggage handlers at other airports and airlines.  The couple is seeking unspecified damages. What's next? United has to file a response, then there`s the process of discovery.

In Harris County, Texas, it can take 12 to 14 months to resolve a civil case.

We`ll alert you to any new developments.