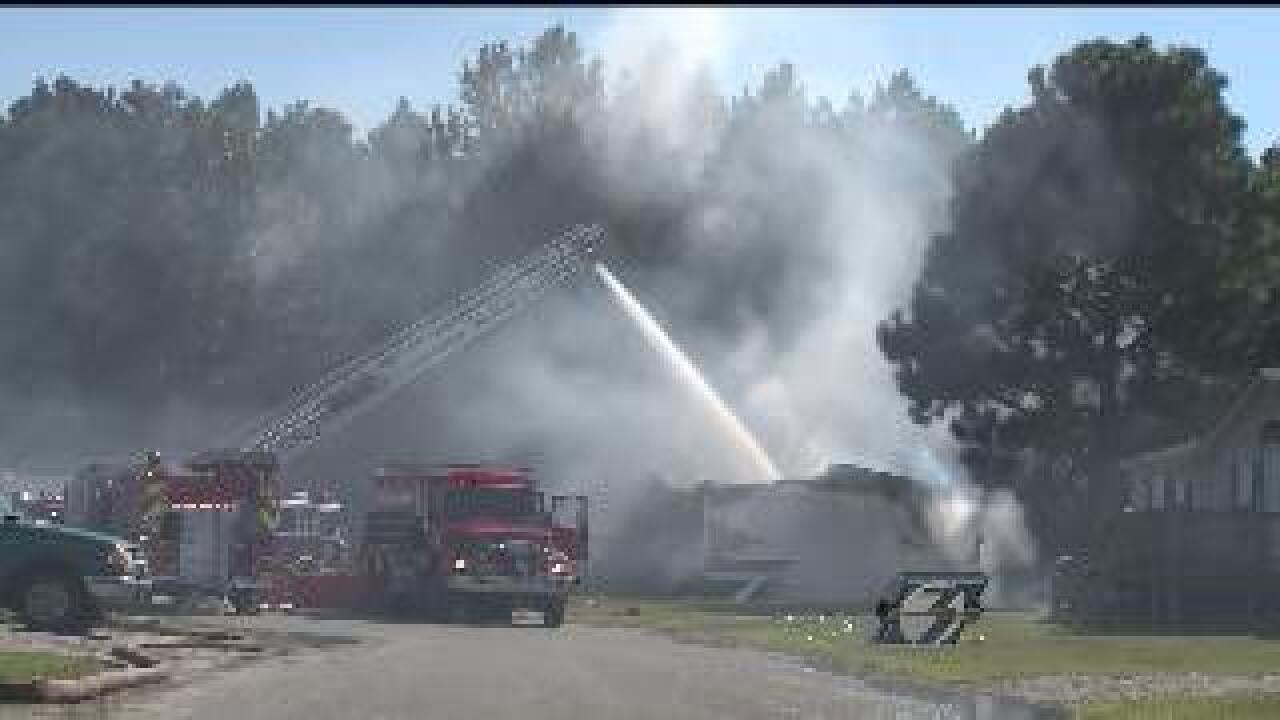 At least one person is dead following a house fire in a mobile home in Moyock, NC on Tuesday.

Neighbors say the man was home alone. His friends and neighbors tried to save him but it was too late.

"We grabbed a hose, and tried to bust the window out and tried to put it out. And then his wife runs up and says, 'Oh, he's in there.' So we were trying to find him," says a neighbor.

The victim's wife thought that he was in the bedroom, but he was not there. So the neighbor and a friend searched through the rest of the home.

They found the man and took him out on the porch.

Firefighters then arrived to save what they could. For this community, the loss of the man is more than they can handle.

"I'm just heartbroken because a good friend of mine is gone like that," the neighbor says. "I mean we're right here, we see him every day. I mean yeah, he is a good guy, he's a truck driver, he's a good man. That's all I can say."

The victim lived in the home with his wife and children.