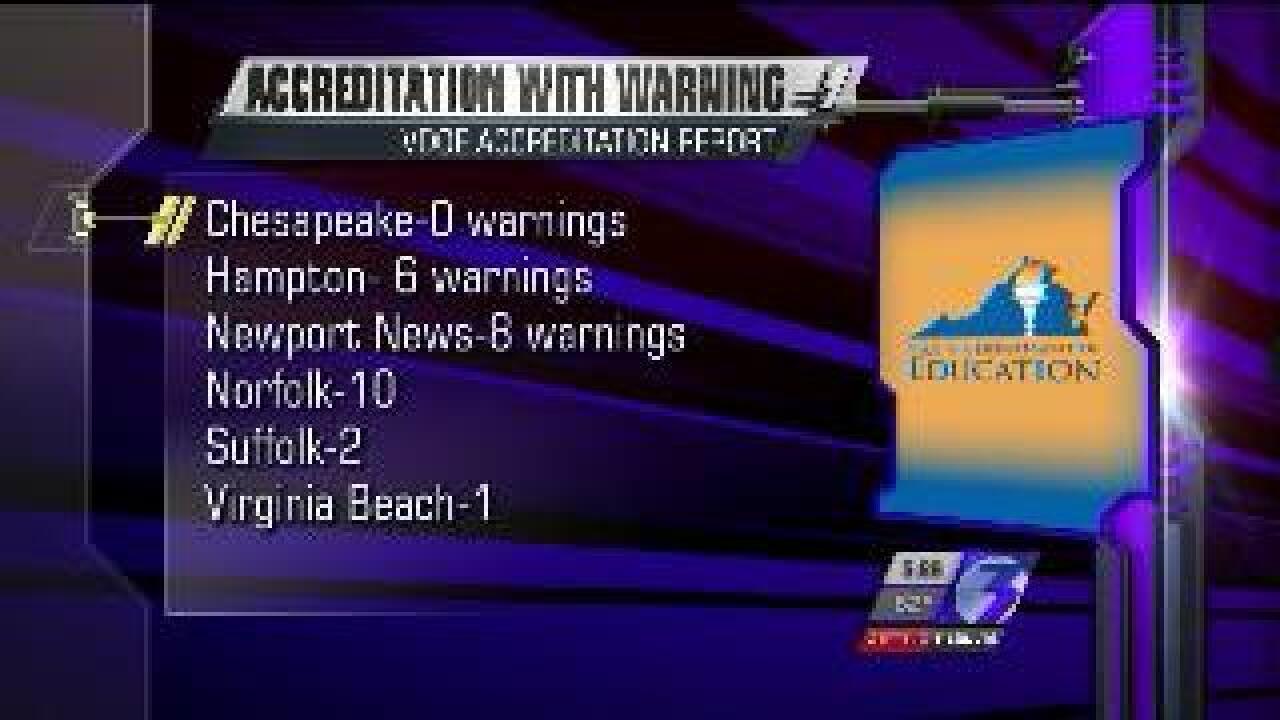 Ninety-three percent of Virginia’s 1,836 public schools are fully accredited and meeting all state standards for achievement in English, mathematics, history and science — and graduation, in the case of high schools — the Virginia Department of Education (VDOE) announced today.

Ninety-six percent of Virginia’s elementary schools and 88 percent of middle schools are fully accredited for the 2012-2013 school year, based on the performance of students on Standards of Learning (SOL) and other state assessments during 2011-2012.

The percentage of fully accredited high schools rose to 90 percent, compared with 86 percent last year when the Board of Education began including a “graduation and completion index” into the accountability formula for high schools, in addition to student achievement on state tests.

High schools must have a graduation and completion index of at least 85 for full accreditation.

The percentage of schools earning full accreditation for 2012-2013 is three points lower than the percentage that earned the highest rating for 2011-2012.

For more information, click here for the full report.