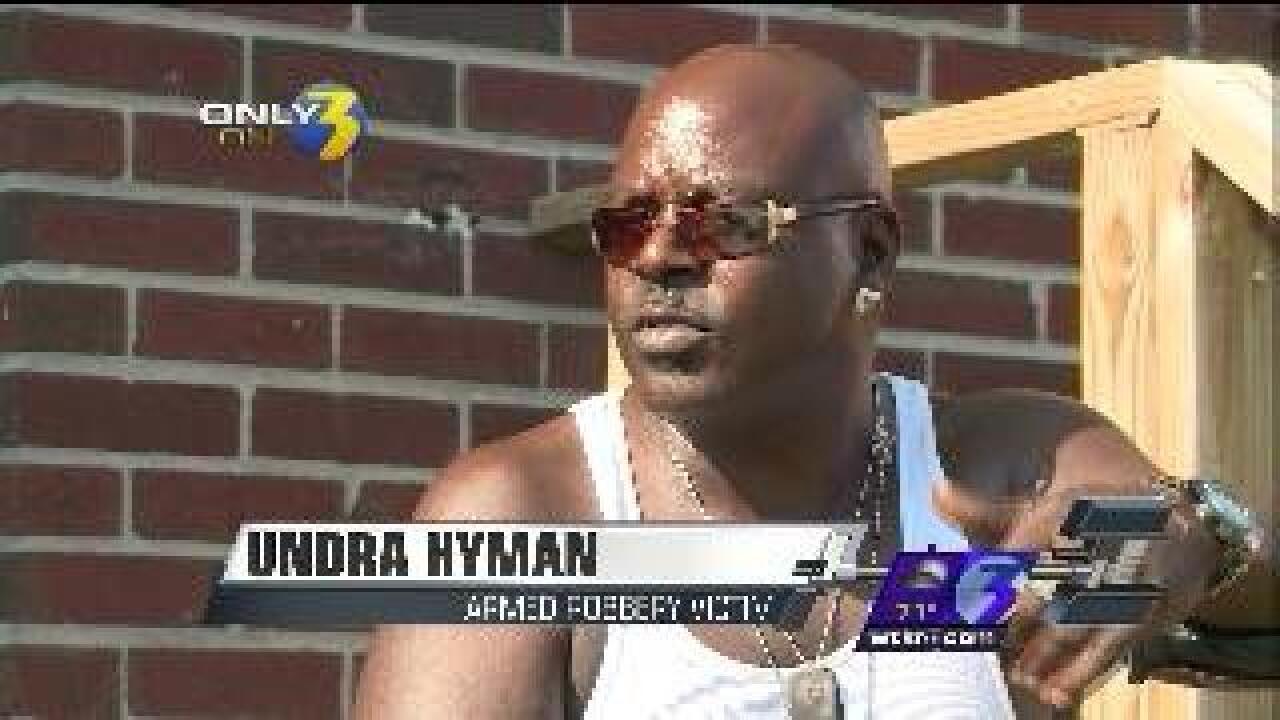 "I see two guys walk past. I don't pay him no mind," Hyman said.

Just as he was about to step back inside for the night, the men came back.

They forced him into his first-floor apartment, all while his wife was sleeping in the next room.

"If she would have come out and they would have pointed the gun at her, or said something to her, I probably would have got shot," Hyman said.

The 45-year-old worried what they were planning on doing to him.

"'If you don't get down, I'm going to shoot you,'" Hyman explained what the robbers said to him.

He says one of the men smacked him in the back of the head when he refused to get down.

With a gun pointed at him, somehow Hyman wasn't fearing death.

They emptied out his pockets, taking a few hundred dollars, his cell phone and wallet.

"Everything I have is gone. I have nothing," Hyman said. "I got to start everything over again."