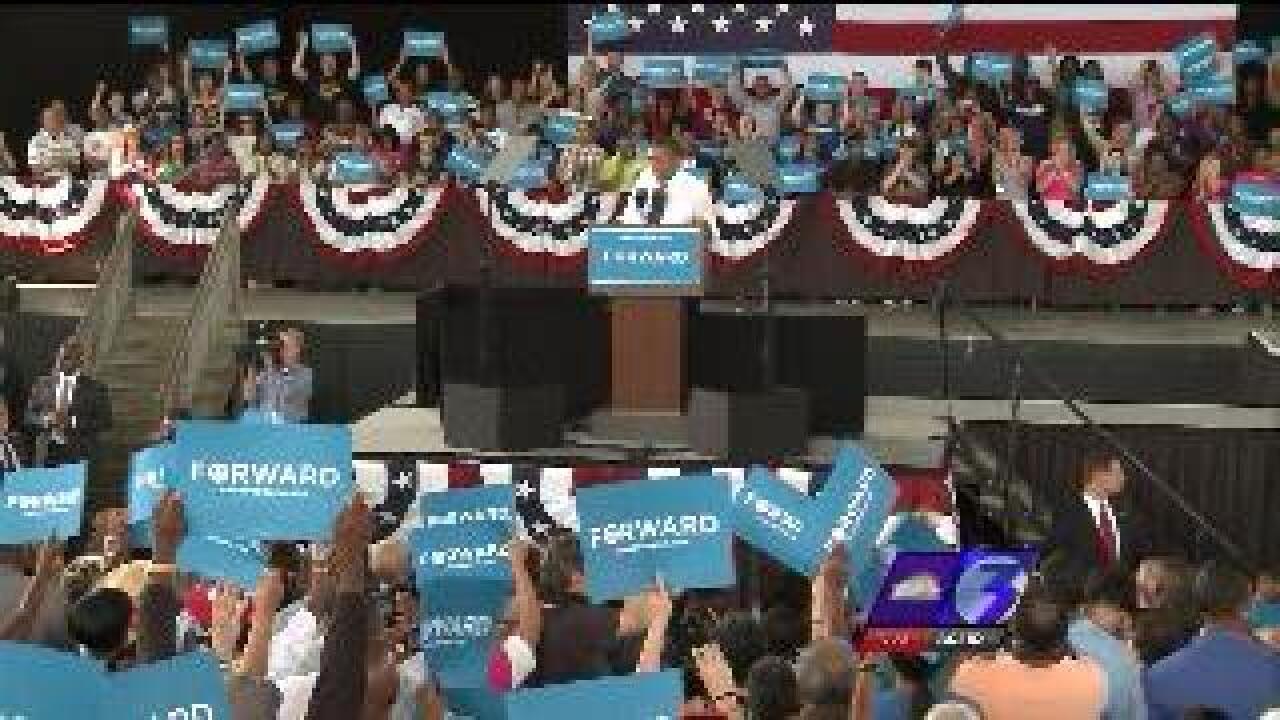 President Obama was met with enthusiasm as he made his third stop in Hampton Roads this campaign season in Virginia Beach on Thursday.

Folks listened closely to make sure the President addressed their concerns as he made his pitch for re-election.

“The jobs issue is important, but I also believe there are a lot of other issues that are important besides jobs, you know the environment is very important to me,” said one attendee.

She got a backstage meeting with the President.

“I didn`t think I was going to get to sleep last night and then I was afraid I wouldn`t wake up in time this morning,” said Rawley.

As the President finished and the crowd began to thin, they left with a determination to keep him in the White House for another term.