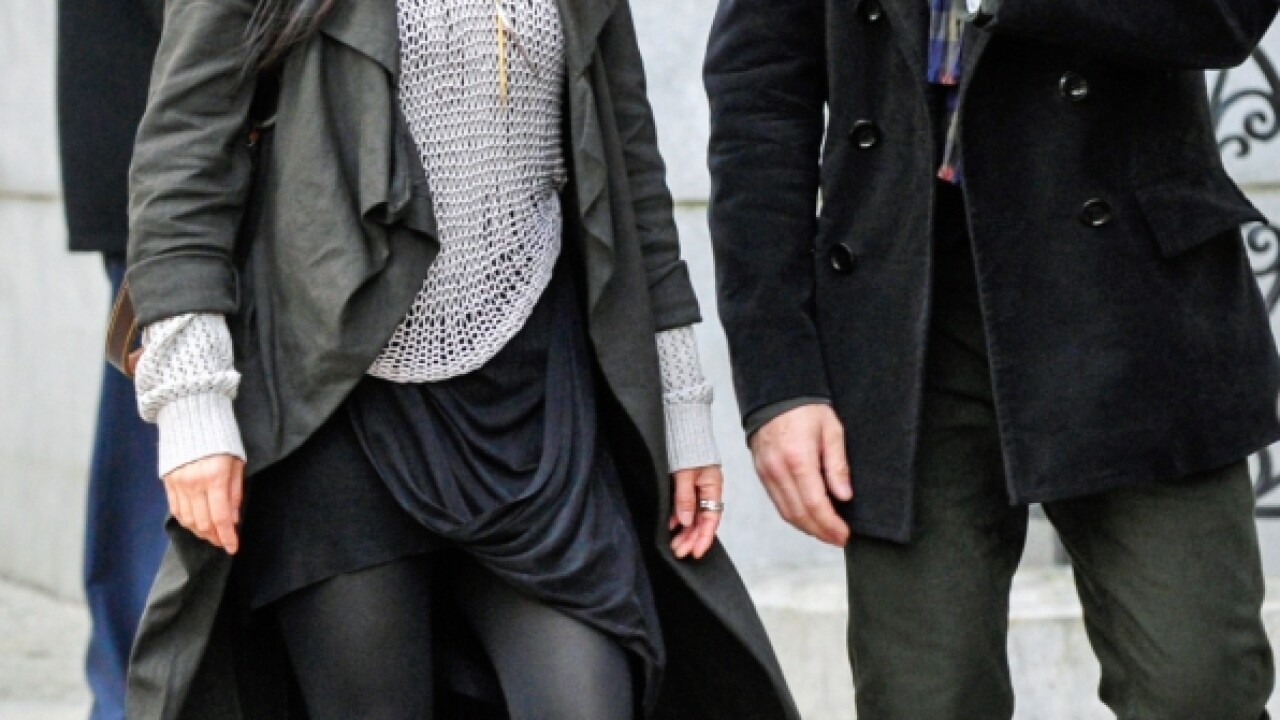 Sherlock clues Dr. Watson in on how he solved who’s behind the murder.

Sherlock clues Dr. Watson in on how he solved who’s behind the murder.

He talks too fast. That was Dad’s takeaway from last night’s series premiere of the new CBS show “Elementary.” Johnny Lee Miller stars as Sherlock Holmes and Lucy Liu is his Dr. Watson. But, it’s not the relationship you’d expect.

Dad: I kept having to turn up the TV to figure out what he said.

Me: He didn’t talk any faster than I do.

Dad: I can’t ever understand what you say either.

I will have to admit my Dad is right about the fast-talking thing. In fact it’s one of the first things I wrote down about the show. Needless to say, I enjoyed that fact.

Dad: It must be an age thing.

Me: What do you mean?

Dad: Well old people like me sure aren’t going to get the show. And I can’t imagine that fast talking will go over well with people in the South.

Me: How would you know? You’re from Jersey.

Dad: I’ve been in Kentucky long enough now to slow down.

Instead of being his assistant at crime scenes, Dr. Watson is Sherlock’s sober companion. He’s just finished up in rehab, after busting out hours before he was going to be released, and his father said he’d kick him out of the New York apartment if he goes back to drugs. It doesn’t take long for Sherlock to start making assumptions/observations about Watson, like her being a surgeon. Later, when she corrects him on an observation, he snaps and reveals he knew all along she quit surgery and became a sober companion because someone died on her table.

Dad: I don’t know if I like Watson. She needs to lighten up.

Me: I think the point is that she’s so tense and he’s so loose. But I have noticed that her facial expression never seems to change.

Dad: True. I like how he figures out subtle little things like the weight of the panic room sloping the floor.

Dad: He looked like such a bum. He was weird. Sherlock wasn’t like that. Why did they make him that way?

Me: Dad, like any other spin-off of the original story, they don’t want to look like a copycat.

Dad: Ok. That makes sense. But he still looks like a bum.

One of my coworkers pointed out “Elementary” reminded him of “The Mentalist,” which used to occupy the Thursday 10 p.m. slot. He’s right. “The Mentalist” was modeled after Sherlock, and it’s not the only one. There’s “Psyche,” “Sherlock” on PBS, and “Perception.” So is there room for another version of the beloved character?

One last note, I loved how he got the baseball game spot on. But, does he ever miss anything?