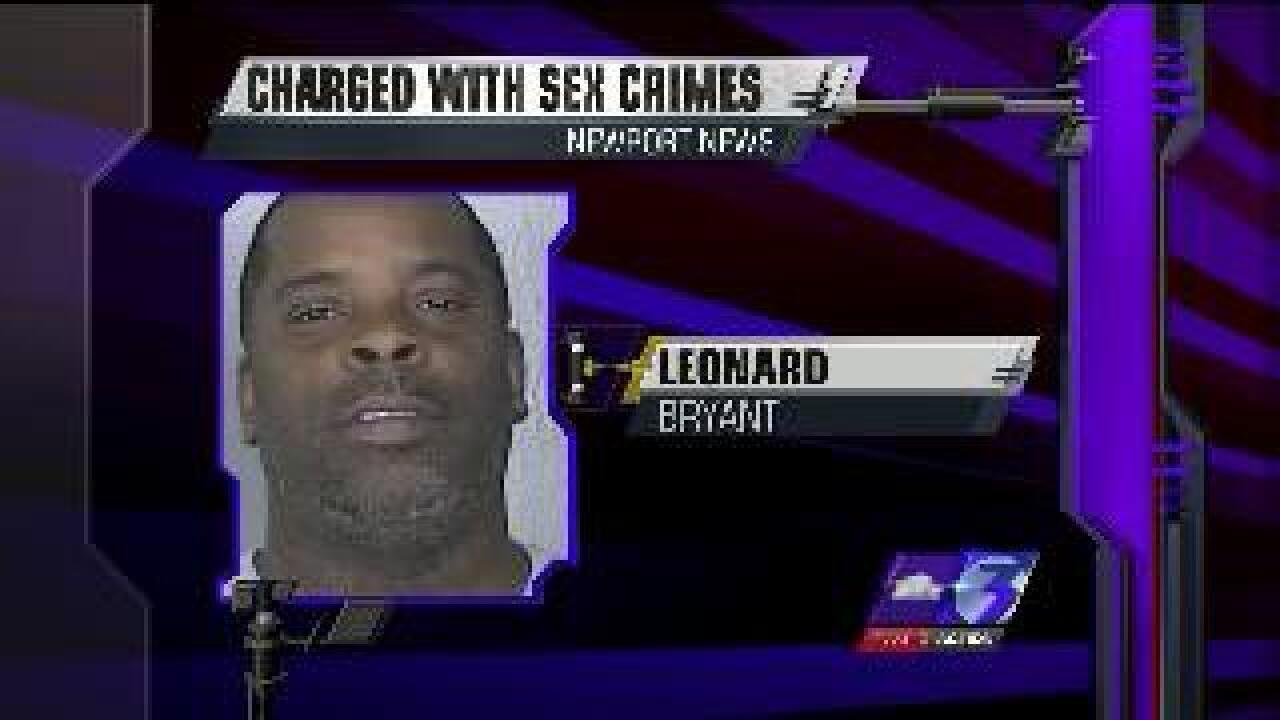 On Thursday, September 27, 2012, a Newport News man was arrested for multiple sex crimes against a child.

Leonard McKinley Bryant, 48, of the 100 block of Ivy Home Road in Hampton, was arrested at his residence.

Police say Bryant has been placed in the custody of the Newport News City Jail.

On August 1, 2012, a Newport News woman reported to police that her now 13-year-old daughter notified her that she had been sexually assaulted by the suspect between June of 2005 and July of 2008.

Police say the assaults occurred in the victim’s home and involved the suspect inappropriately touching the victim on multiple occasions.

The suspect and victim are known to each other, police say, but are no longer in contact.

Following an investigation, warrants were obtained for three counts of aggravated sexual battery and six counts of indecent liberties with a child.