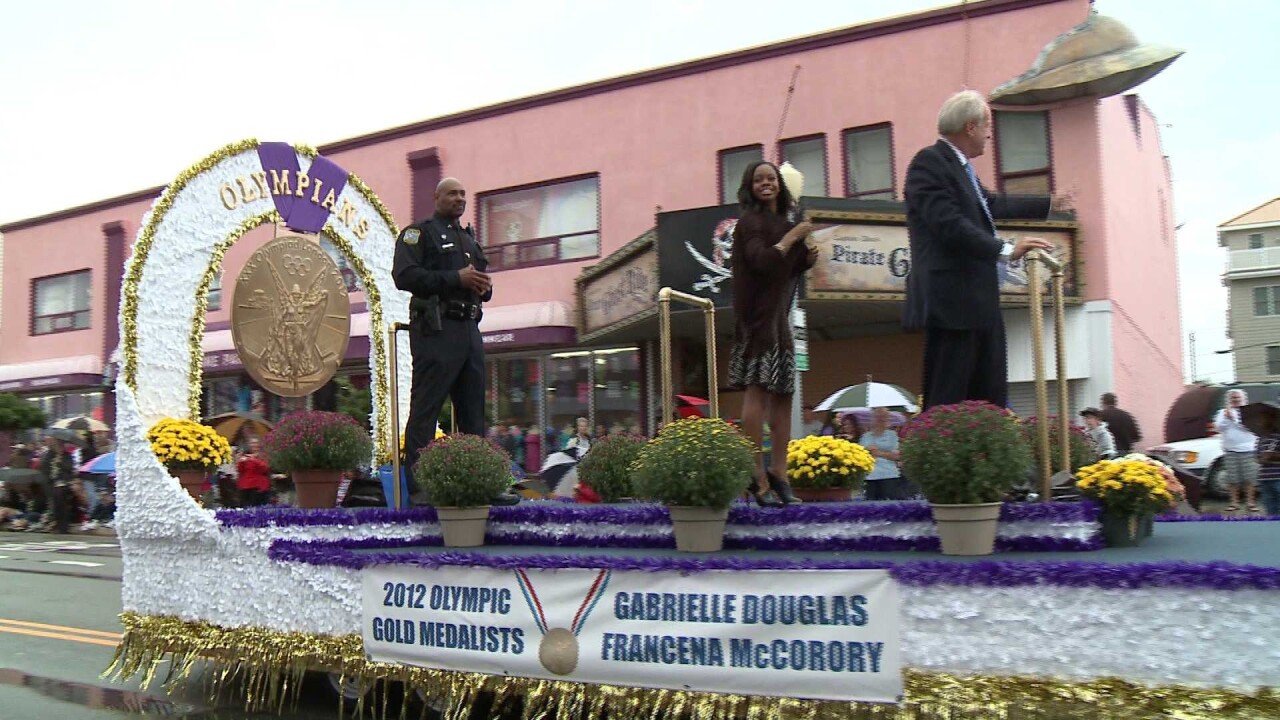 The Neptune Festival parade in Virginia Beach had some famous participants on Saturday, two Olympians.

Douglas won two gold medals in gymnastics and McCorory won a gold in track and field.

Gabby was also honored Friday night during a public ceremony at Neptune’s Park on 31st Street where she was presented with a key to the city.