Man fighting deportation due to accusations of marriage fraud against family 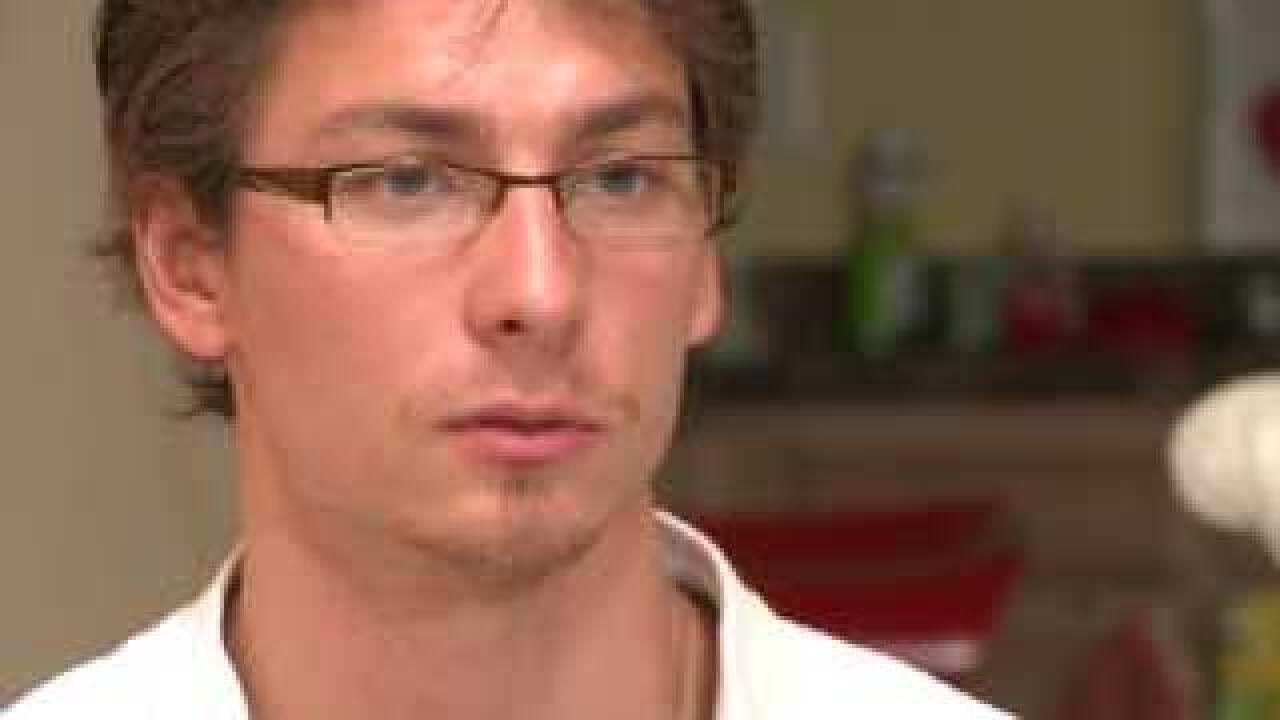 Pictures, videos and memories are all Ivan Liapin has left of this family.

His sister-in-law turned against them. She accused her husband, Ivan's brother, of marriage fraud. Then, his mother, a respected teacher at Tallwood High School, was arrested on the same charges. Ivan's stepfather is out of the country now and is afraid to return because he'll be arrested. Ivan is alone.

“That's not what we came here for, to just lose everything,” says Ivan.

The government says his mother and brother, both from Belarus, faked their marriages to get green cards.

But no one is accusing Ivan of anything. In fact, they've conceded he's done nothing wrong, and everything right. And they admire him for wanting – despite all of this – to serve this country.

Next: Beach teacher in prison for marriage fraud fights to overturn conviction

And just a few weeks after the interview, the nightmare got worse. On the steps of the Norfolk Federal Courthouse, his worries about being expelled from America got very real.

“I can`t even think. I don`t know,” said an emotional Ivan.

“What do you think is going to happen to you?” asked NewsChannel 3’s Mike Mather.

And according to Natallia, they fell in love. Later, in Belarus, Armando proposed. They traveled Europe. They returned to Virginia Beach. Ivan moved across the ocean to live with them. For the next several years, they filled scrapbooks with photographs, and recorded their outings on video. Ivan says this was his family, a real family.

Ivan's brother Danil was already married to a Virginia Beach woman. The families lived here for years, until one day when Natallia went to check on her immigration paperwork.

Prosecutor Joseph DePadilla said pictures, videos, the notes posted on social web sites, it was all part of an elaborate fraud staged over a decade. It was a set-up, he said, to get citizenship for Natallia and for Danil.

“Do you believe your mother's marriage is fraudulent?” asked Mike Mather.

The only person the government has not accused is Ivan. Even so, he's caught in the fallout.

He has a job as a waiter, but doesn't have paperwork that will let him get a better job to support himself or to pay the mortgage.

“The house is going for foreclosure, so I am going to be homeless. I don't know how soon. I honestly have nothing to myself except my car,” says Ivan.

The government says if his mother`s immigration paperwork is a fraud, then his isn't valid either. That means his years-long dream of Navy service and military medical school is falling apart. And if he's deported, he'll go back to a country he hasn't seen in nearly 10 years, and without his family. In short, he'd be sent away with no one, with no money, and with no idea how he'll get by.

He wants to stay here and serve this government, even though it is the government that's taking away his dream.

“I still want to serve this country. I believe it is full of great people that help the world, and I just want to be part of it,” says Ivan.

Ivan was ordered to the immigration office, fingerprinted, shackled, and put in a cell. They released him, and now he'll have to go to court. Several prominent teachers in Virginia Beach know his mother and don't believe a word of the government's case.

Tuesday night at 11, we will let you hear evidence in this marriage-fraud case that never made it to the judge.