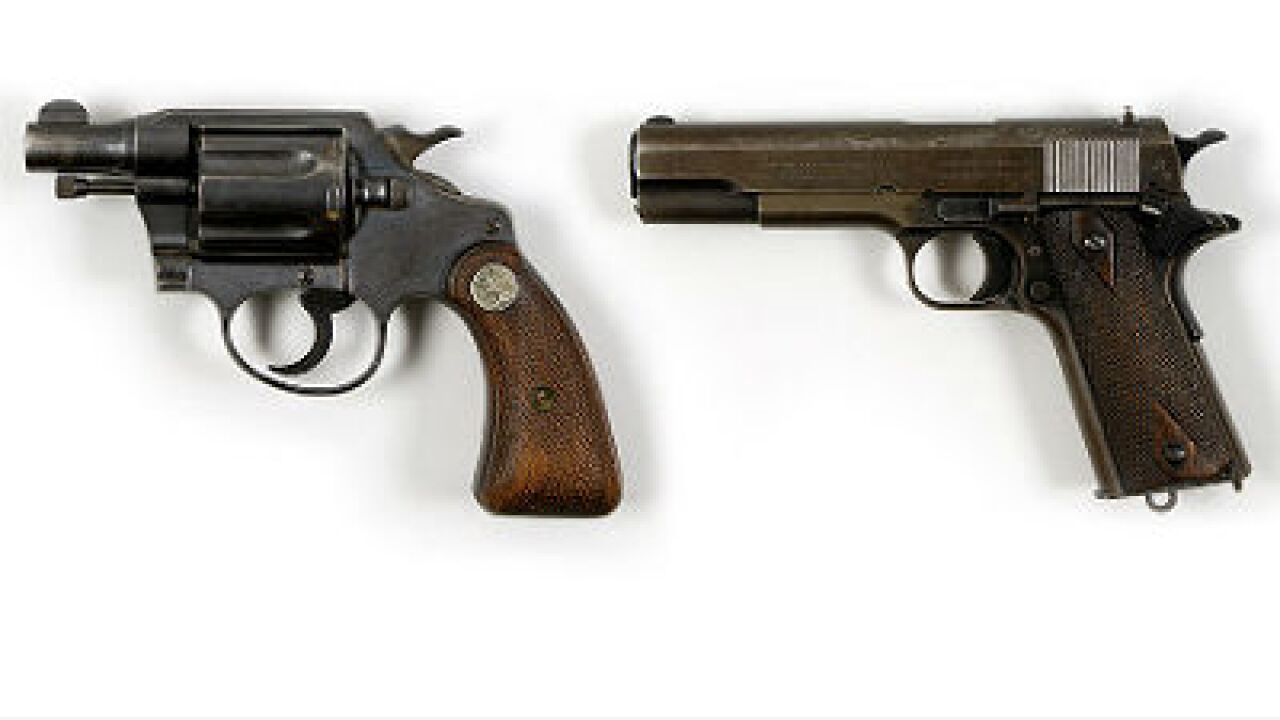 NEW YORK (CNN) — The most prized possessions of Bonnie and Clyde, the notorious love bird bandits killed nearly 80 years ago, were sold for a price that the couple could only imagine getting after one of their infamous bank jobs.

One of the featured items of the auction was Bonnie Parker’s personal Colt .38 snub-nosed revolver, which sold for $264,000. Clyde Barrow’s Colt .45 sold for $240,000. Parker’s revolver was found taped to her inner thigh and Barrow’s on his waistband the day they were ambushed and fatally shot by a police posse in Louisiana in 1934.

Barrow and Parker were known for kidnapping, auto theft, robbery, burglary and 13 murders, including the killings of two police officers, according to the Federal Bureau of Investigation.

“These amazing and historic weapons were found on the couple the morning of their deaths and gifted to Capt. (Frank) Hamer, along with other items from that ill-fated day, on May 23, 1934. The guns, along with other items, were taken by authorities at the time as part of his compensation package for the ambush,” said Bobby Livingston, vice president at RR Auction, in a news release. Hamer was one of the officers who killed the gangster duo.

The pistols are a small part of the arsenal that was found in Barrow and Parker’s stolen car. Livingston said the posse officers were allowed to keep firearms and other possessions from the bullet-riddled vehicle, including the Colt that Barrow might have stolen from a federal armory in Texas.

A 1921 Morgan Silver Dollar, later owned by Mafia boss “Big Paulie” Castellano, sold for $32,400. Livingston said Castellano considered it his lucky coin, but gave it away before he was shot dead in front of Sparks Steak House in New York in 1985.

Barrow’s pocket watch, given to his father, Henry Barrow, after he retrieved his son’s body, sold for $36,000.

Other items included five original items collected off the floor of Bonnie and Clyde’s bullet-pierced car: A woman’s silk stocking, an unused .45 caliber bullet and casing, a side temple from a pair of eyeglasses, a wood handled screwdriver and an empty Bayer Aspirin tin, which sold for $11,400.

The auctioneer is keeping the sellers’ names confidential.