Could milk actually cost you $6? 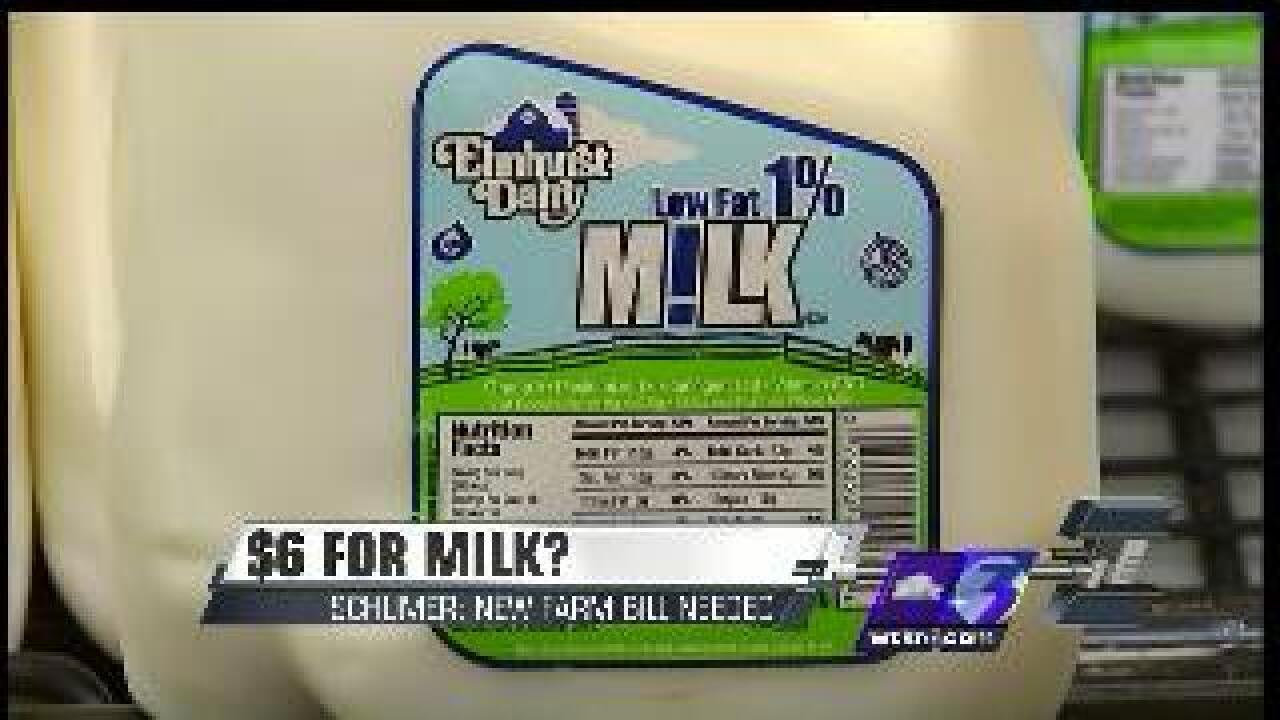 The price of milk could double if Congress doesn't take action soon.

That warning is coming from a US Senator and agriculture officials.

Senator Chuck Schumer of New York says if a new farm bill doesn't pass soon, the law would revert to 1940's policies that require the government to buy dairy products at well above market rate.

The farm bill is enacted every four to seven years.

The 2012 farm bill passed the Senate in June, but it remains stalled in the House of Representatives.