Doctors grow woman a new ear on her arm 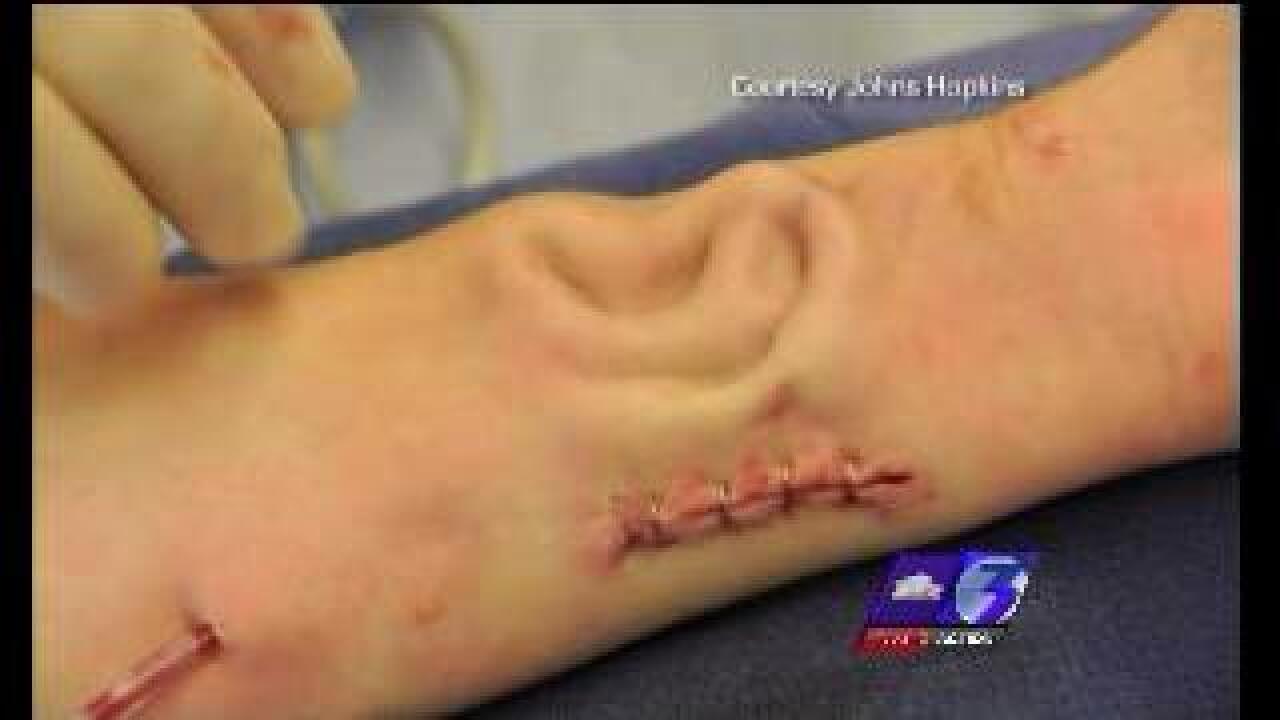 Doctors at Johns Hopkins were able to grow a woman a new ear by using pieces of her rib and letting it grow under the skin on her arm.

The 42-year-old woman had cancer in her ear and had to have it removed.

Doctors took cartilage from her ribs and they shaped it into an ear.

They then took that cartilage and put it under her forearm.

They stretched the skin over her forearm so that it would then cover that ear.

After about four months, they took that ear out of her forearm and put it onto her head.

Doctors have gone back in, carved it and sculpted it even more,  giving her an earlobe, making it look more natural.

She can hear again.

Her body won't reject it since everything was done within her own body.