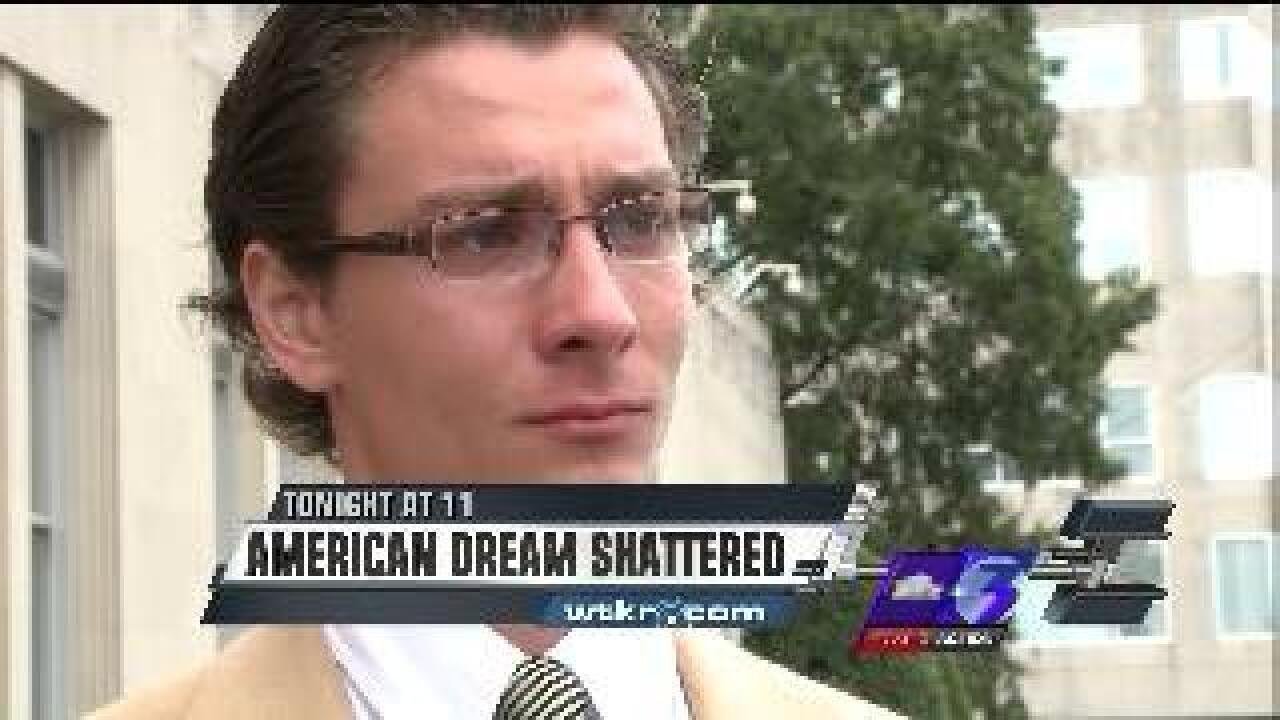 A straight-A student from Virginia Beach wants to join the Navy and be a military surgeon.

But because someone else in his family got in trouble, he's being deported even though he has done nothing wrong.

One by one, Ivan's family has been taken from him. First, his brother Danil. Then his mother Natallia. And finally, his step-father Armando. His mother and brother, from Belarus, are in prison. They're convicted of marriage fraud. His stepfather is out of the country and, according to Ivan, won't return for fear he'll be arrested.

But Ivan has done nothing wrong. In fact, he's done everything right. Straight A's at Salem High School, and again at James Madison University. Even so, on the steps of the Norfolk Federal Courthouse, he found out the government wants him deported, too.

So why is this exceptional young man being punished for his family's trouble? This story of an American Dream Shattered is tonight at 11.