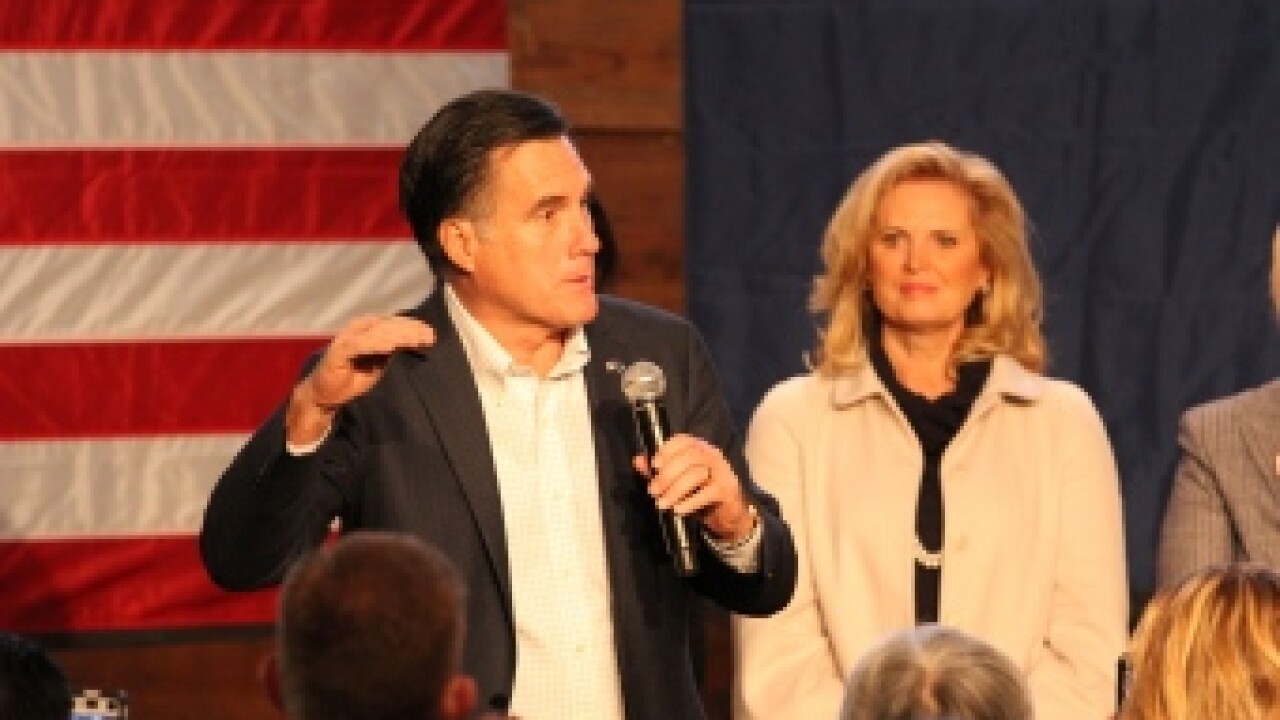 Henderson, Nevada (CNN) — In her latest stop in a key battleground state, Ann Romney on Monday continued pushing hard for her husband’s candidacy — by, once again, highlighting his softer side.

The wife of the Republican presidential candidate spoke to an audience of less than a thousand people at the Henderson Convention Center, about eight miles away from the hotel where President Obama is staying while he prepares for Wednesday night’s first presidential debate.

“I’ll tell you what kind of man Mitt is: He doesn’t talk. He does,” she said before repeating the story of how her husband befriended a dying 14-year-old thirty years ago.

David Oparowski’s parents told their son’s story at the Republican National Convention in August, including how Mitt Romney helped the teenager by writing his will and later delivered the eulogy at his funeral.

Another longtime friend of the former Massachusetts governor, who also spoke at the convention in Tampa, introduced Ann Romney with another story of her husband helping their family when their daughter was born prematurely in the 1980s. Pam Finlayson told the crowd in Henderson, Nevada, how – even in the midst of planning his presidential campaign – the Romneys reached out to personally express their sympathy.

“Where we are when someone is in trouble, we’re at the bedside. And that’s exactly where you want to find Mitt any time there is trouble, at the bedside,” Ann Romney said. “I’ve seen it time and time again. He is prepared. He is compassionate. And he is competent. And that’s what you need to know before you go to vote.”

Romney campaign advisers believe the potential first lady is one of their best assets in humanizing her husband as a candidate.

“The value that Mrs. Romney brings as part of people learning about him is she’s very passionate about him – his character, his ideas, why he’s running,” Kevin Madden, a senior Romney campaign adviser, told reporters. “She can offer her own personal testimonial about why the governor is running and why people ought to vote for him. And she’s very persuasive in that sense.”

The campaign hopes to capitalize on her personal message especially to bridge her husband’s deficit, to President Barack Obama, when it comes to support from female voters. In a recent NBC News/Wall Street Journal/Marist College poll in the state of Nevada, for instance, Obama leads Mitt Romney among likely women voters by 16 percentage points.