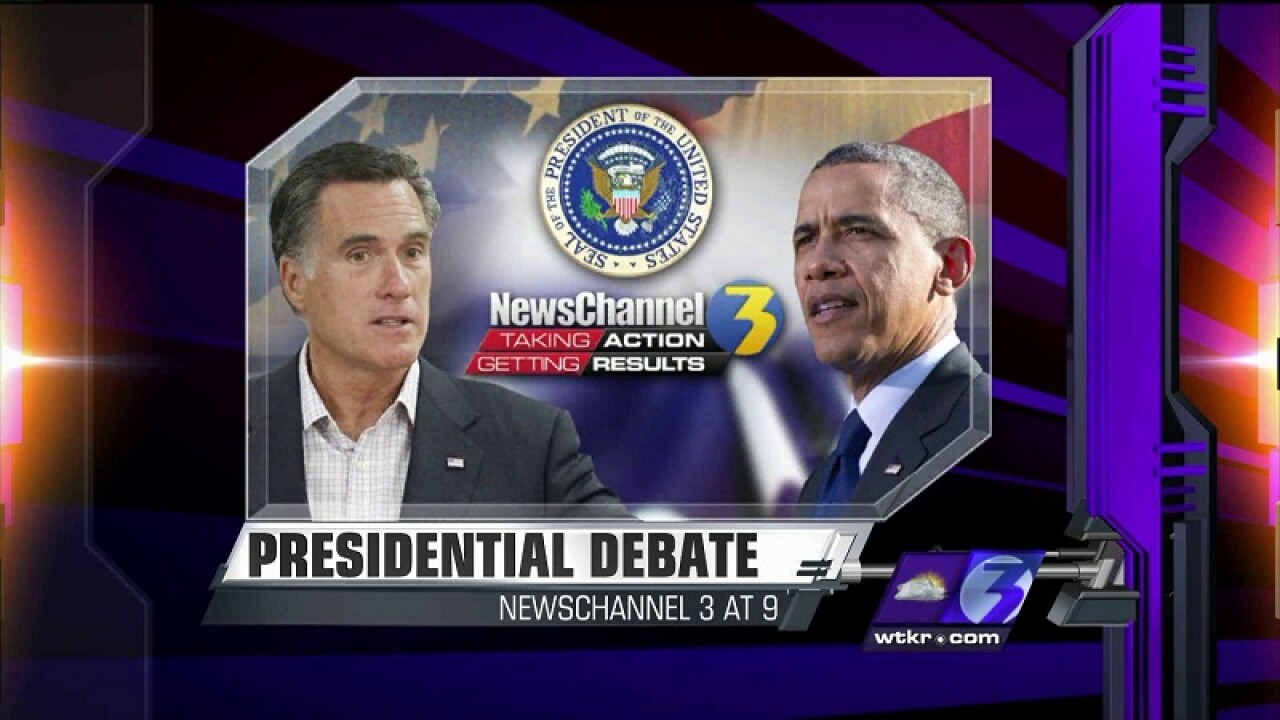 (CNN) — With the polls narrowing less than five weeks before Election Day, President Barack Obama and Republican challenger Mitt Romney hold their first of three debates Wednesday night in what is the most highly anticipated campaign event to date.
Click here to watch it live on wtkr.com.

The showdown in Denver launches a new phase in a bitter race dominated so far by negative advertising as both camps try to frame the election to their advantage.

Now, the candidates have what is expected to be their largest nationwide audience to try to convince voters to support them or reject the other guy.

Whether it matters is itself a topic of debate. According to an analysis by Gallup, televised debates have affected the outcome of only two elections in the past half century — Nixon-Kennedy in 1960 and Bush-Gore in 2000.

Analysts say Obama needs a presidential performance rather than fireworks or haymakers in order to maintain and build on a narrow edge in polls that indicate a very close election on November 6.

Romney, who has been unable to catch the president in most of the polls to date, may try to score some dramatic points to help his cause.

The former Massachusetts governor has more recent debate experience — he took part in 22 during the grueling GOP primary campaign of 2011-2012 that he ended up winning handily after fending off a litany of conservative contenders.

By contrast, Obama has not faced a debate since the three in 2008 with Sen. John McCain of Arizona, then the Republican presidential contender.

Wednesday’s debate will focus on the issue considered by voters to be the most crucial of the election — the economy.

Romney “has to paint a compelling picture of a better economic future and why he can lead us there and President Obama can’t,” said GOP pollster Whit Ayres. Democratic pollster Peter Hart made a similar point, saying “if Romney loses this issue, then he is toast.”

Jim Lehrer of PBS will be moderating his 12th presidential debate. He previously announced that the 90-minute event will include three segments on the economy and one each on health care, the role of government, and governing leadership and style. Each segment is scheduled for 15 minutes.

Organizers hope the segmented format, with candidates given two minutes to answer questions, will allow for a more free-wheeling discussion instead of a series of rehearsed sound bites.

The other presidential debates will occur on October 16 in New York and October 22 in Florida. Vice President Joe Biden and Rep. Paul Ryan of Wisconsin, Romney’s running mate, will debate on October 11 in Kentucky.