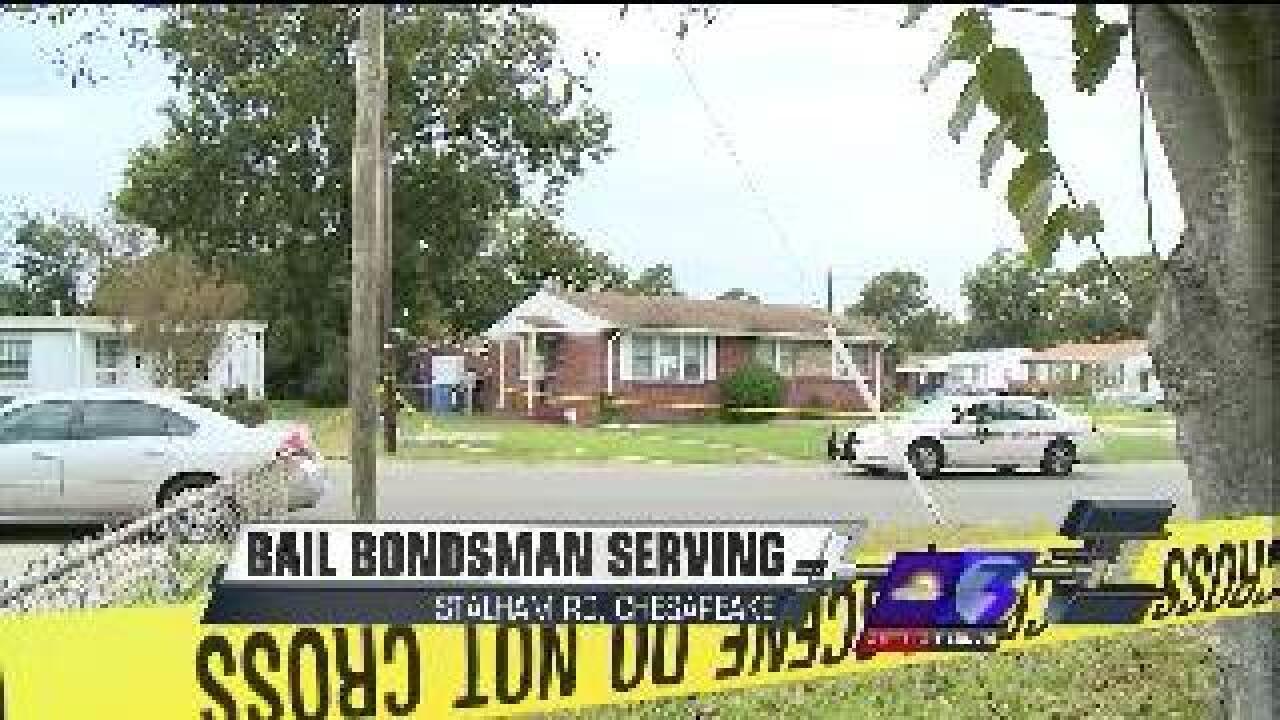 According to Chesapeake police, there was a shooting in the 600 block of Stalham Road in Chesapeake on Wednesday. They say a bail bondsman was serving a warrant. There was an altercation and one person was shot.

A neighbor who saw the incident says around 11:30 this morning, a bondsman who was backed up by several police officers, came to serve the warrant.

The neighbor told the bondsman the man he was looking for wasn't home.

Around 2 p.m., the man came back along with two others.

The witness says the three men quickly went in and out of the house, and as they were getting back into the car to head out, the bail bondsman arrived.