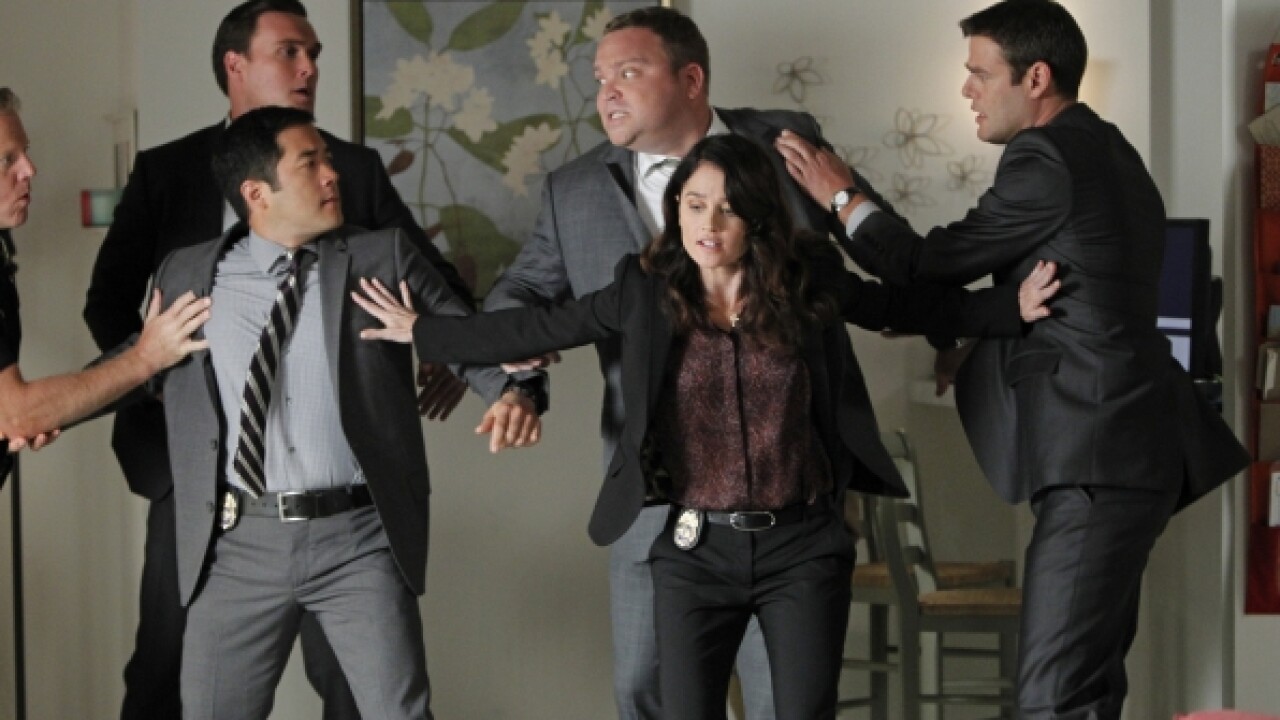 The CBI and FBI fight while working together to solve a double murder.

The CBI and FBI fight while working together to solve a double murder.

Once again Red John has slipped out of Patrick Jane’s fingers and I’m really disappointed this time. Not because I feel for Jane, but I am tired of the Red John storyline. And it turns out, I’m not alone.

Dad: I’m getting sick of Red John. If they don’t find him soon, I may have to kill Jane or stop watching the show.

Me: I think the second option is more likely.

Dad: They’re just dragging it on way too long. I get it. He’s smart and obviously well-connected but enough is enough.

I think Jane’s obsession with Red John has become downright creepy. He’s tormented about finding the man who killed his wife and daughter, but I think he’s gone a little too far down the rabbit hole. Plus, when Jane is in Red-John mode, he’s not his usual fun self.

Dad: I enjoy Jane more when he’s messing with people. Like when he put the red marble in the guy’s jacket. That was funny.

Me: It’s those moments that remind me why I started watching the show.

Dad: Me too. I want fun Patrick Jane back.

As for the crime of the week on the season premiere of “The Mentalist,” I had an early suspicion the cop was involved in the double murder. I just couldn’t figure out how. But the lottery angle was obvious to me.

Dad: How was it obvious?

Me: First, you had the bus outside the hotel when they went to talk to the manager. Then, there was the woman mentioning she heard the scream when the lottery numbers were announced. And finally, when Rigsby was reading the newspaper at the CBI office, there was a big ad for the lottery on the back page.

Dad: You caught all that?

Dad: You take all the fun out of it.

It was great getting to see Lisbon act like a jealous school girl this week. She was so angry over that kiss and once again Jane was completely oblivious. I wonder how long it will take him to catch on to that not-so-subtle tension.

One thing that did severely bug me about the episode: Remember when they were covering up the fight between CBI and the FBI? There’s no way that the fight wasn’t recorded on a phone and posted on YouTube. That’s just unrealistic to me.

The episode ended with Red John’s second-in-command disappearing. Did the FBI move her? Did Red John help her escape? I don’t think she’s dead; just something in my gut. But with her disappearance Jane once again loses his closest link to Red John. How do you feel about the Red John storyline? Do you think Jane will ever behave? Post your comments below.