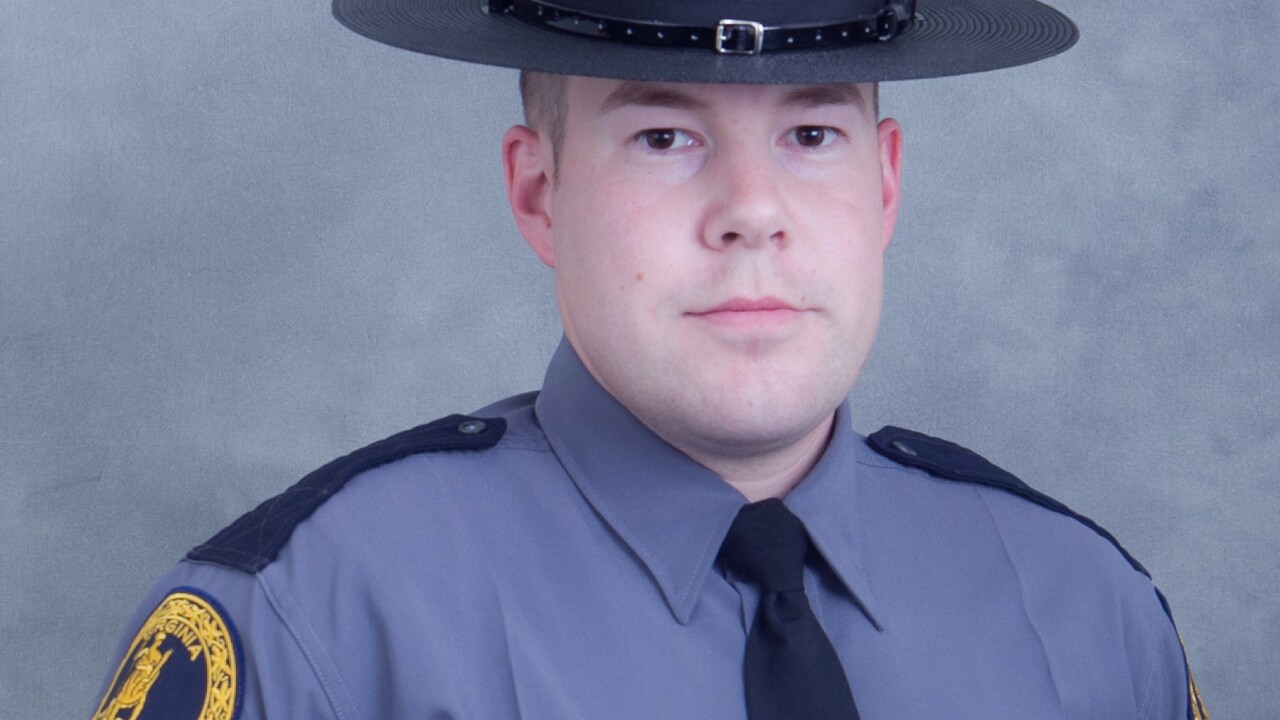 Officials said Saturday afternoon that trooper Andrew D. Fox, who was assigned to Pulaski County division, was working on special assignment at the State Fair when he was struck by an SUV.

When the accident happened, state police said the traffic light at the intersection was flashing yellow to allow troopers to direct traffic at the entrance gate to Kings Dominion.

Officials said troopers and other bystanders ran to the SUV and lifted the vehicle from him as two troopers began performing first aid and CPR.

Fox was rushed to VCU Medical Center where he later died.

Officials said the female driver, who is from Doswell, and a juvenile passenger were not injured. They also said alcohol was not a factor in the crash.

The Virginia State Police Accident Reconstruction Team and Hanover authorities are working with state police as they continue their investigation.

Virginia State Police Superintendent Col. W. Steven Flaherty said in a news release that Fox’s death is a major loss for state police. He said that Fox was a highly respected trooper, mentor, field training officer and instructor.
Flaherty added that Fox served the state with “genuine valor and pride.”

Fox was a graduate of Virginia Tech graduate, an officer in Tazewell  and member of the Draper Volunteer Fire Department.

Officials said Fox is survived by his wife, parents, a sister and a step-brother. Funeral arrangements are pending.