Student Athletes of the Week: Volley for a Cause 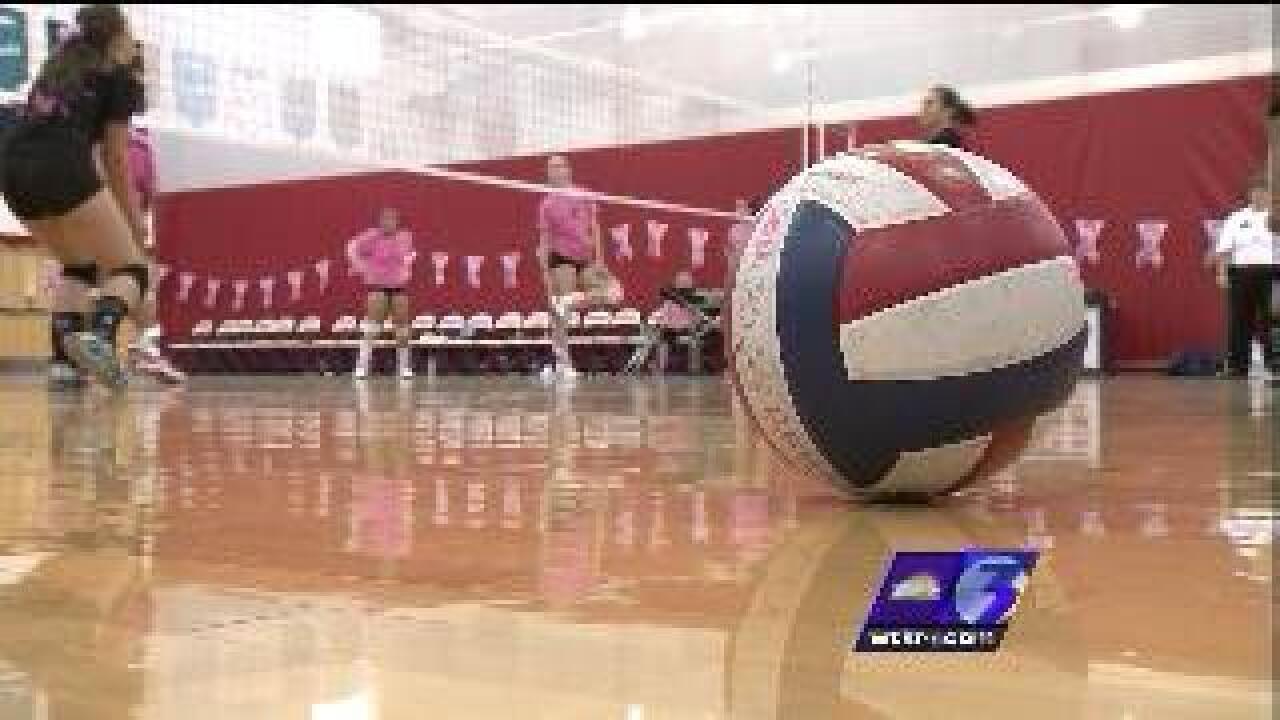 Five years ago the city of Chesapeake remapped school district lines – sending kids from Deep Creek to Grassfield.  From that moment on, the battle lines were drawn until this week when both schools called for a one-day truce.

When these two schools meet on the battlefield of their choice, be it the football field, swimming pool or volleyball court, the object is to beat your opponent – but on Tuesday night, both schools played for the same team to help beat breast cancer.

“We are here to play against them and try to win, but we are here for one cause even though we are rivals, we can try to come together and make a difference,” says Samantha Dibiaso.

The game at Grassfield is the second annual pink out game – but it’s no game to these kids.

“It is important to me because I had an aunt who passed recently and it affected my life really bad, and I wanted to do something to show my pride and my excitement for it,” says Seth McConald.

“I hope people [know] what cancer is and how large it is and show people it is okay to have support and to show people we are there for each other,” says Sarah Breneman.

Sarah Breneman’s aunt is a breast cancer survivor. So is Katie Pyatt’s.

“My aunt is going through it right now and it is a tough time, but the little things we can do can make a difference,” says Katie Pyatt.

Both coaches wanted to play this game. They both want their kids to be aware that this disease can strike close to home.

“We talked about it as a team, talked about facts. There are faculty members in this building that have been affected by it and there are small things we can do to make a difference,” says the Grassfield coach.

For a day, these kids battled for the same team and it didn’t matter who won or who lost

“At the end of the day, it is all fighting for the cause, not just for the win on the court,” says Lamar.