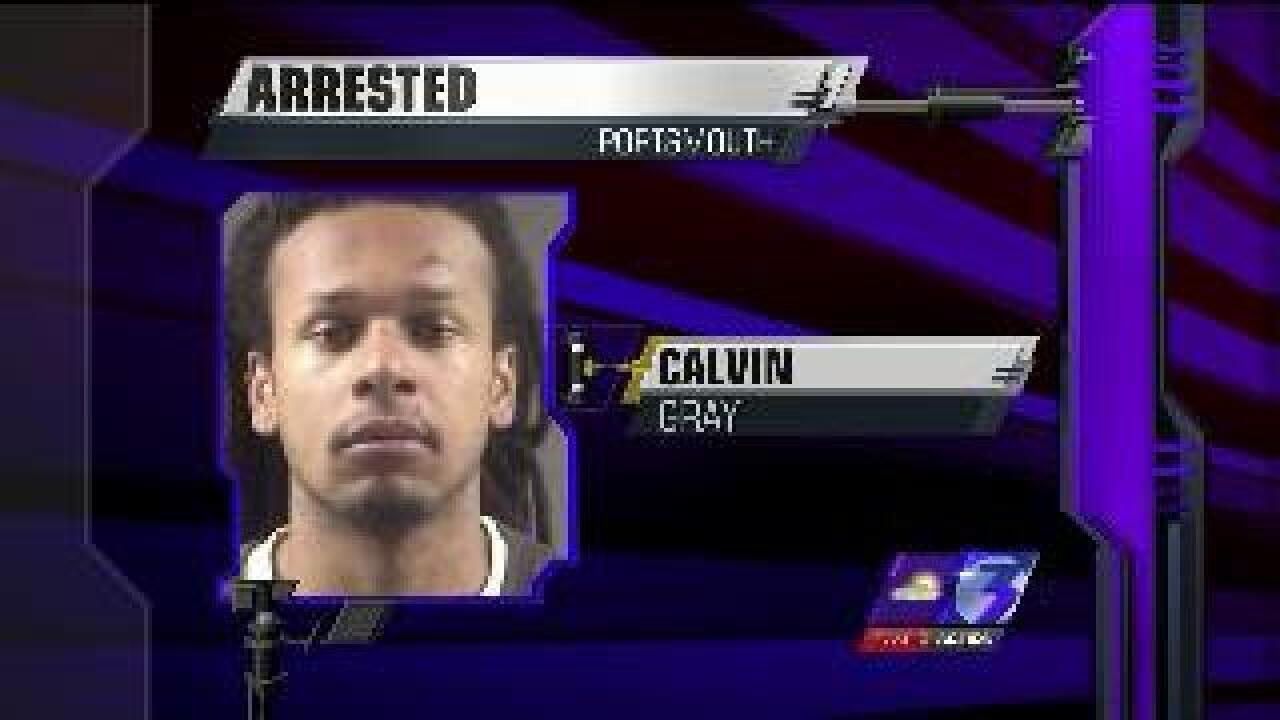 Gray is currently in the custody of the Portsmouth Sheriff’s Office.

The victim remains in the hospital, in stable condition.

Portsmouth Police were on the scene at 1098 Frederick Boulevard in reference to an assault Monday night.

Police say calls came in at around 8:46 p.m. Monday night in reference to a man who had been stabbed.

When officers arrived, they found a man inside suffering from several cuts to his body.

He was taken to Sentara Norfolk General where he remains in serious condition.

They have identified a possible suspect who was also on the scene when police arrived.

The suspect, who is also at Sentara Norfolk General, was injured during a struggle with citizens who tried to help the victim during the assault, police say. The suspect is in stable condition, officials say.

Police say the incident occurred inside of the building and employees and customers were inside at the time.

Warrants have been secured for the suspect for aggravated malicious wounding and possession of a controlled substance, with intent to distribute. His identity is being withheld at this time, as to not jeopardize the safety of both the victim and the suspect.

Police say the attack was "some type of retaliation from a past encounter" between the suspect and a family member of the victim.

Man wanted for allegedly stealing wallets from women in Walmart