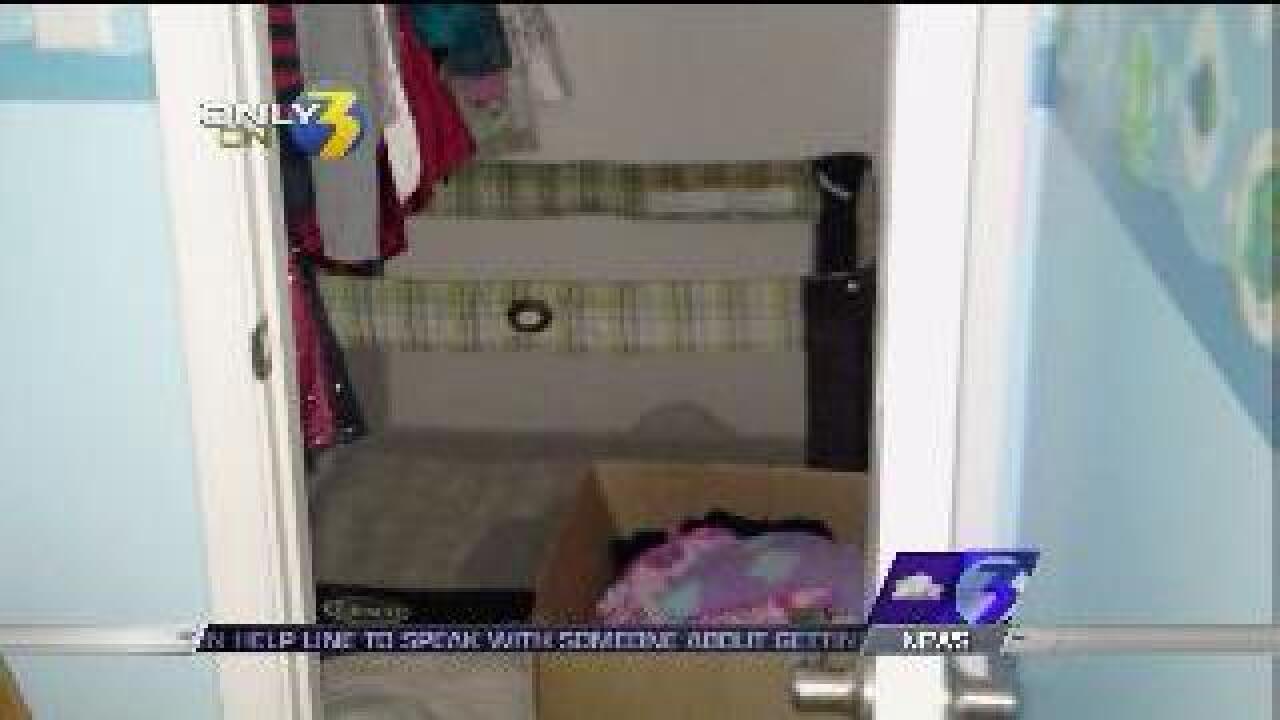 Virginia Beach, Va. - Sheriff's deputies Natalie Rozos and Alexandria Wesner say it was a simple furniture repossession that brought them to a home on Dylan Drive Virginia Beach.

The dynamic quickly changed though, when they walked inside.

“When we entered the home, there were about 7-8 toddlers to our right. They were kept in a small area, that was gated, with little room to move,” said Deputy Rozos.

Deputies say it was the woman living in the home, Tanya Jones, who didn't pay her furniture bill.

Jones also happens to be the owner of the at-home daycare "Little Monkies," according to her Facebook page.

Deputies say she was the only adult home at the time--their first red flag something was wrong.

“There was no way one adult could watch all these toddlers,” said Deputy Rozos.

It was what happened upstairs during the repossession, though, that prompted a call to Child Protective Services.

While the furniture company was dismantling her bed, deputies say Jones walked around the corner, and came back with a child.

“When she walked out, I took it upon myself to walk around the corner. I thought there was another connecting bedroom, but there wasn’t,” said Deputy Rozos. “It was a pack-and-play in a small closet.”

Deputy Rozos brought her partner upstairs, and then called Virginia Beach Police, reporting that a child was being kept inside a closet at the daycare.

Apparently more was to be found in that same bedroom, but in a different closet.

“While we were up there, I heard crying coming from the closet door, which was closed. All the way in the back of the closet, another small child was in there,” said Deputy Wesner.”I asked Ms. Jones, after she was told what was going on, if there were any more kids anyplace else, and she told me no.”

Still, these deputies didn't believe her.

“I decided to check the other rooms, and I found another kid in a dark closet in a pack-and-play,” said Deputy Rozos. “I was relieved we found the third child, because I don’t really even know if she knew he was in there.”

“She just kept repeating that the parents were aware of it, and that’s how the kids took naps there,” said Deputy Wesner.

Disputing that claim, one parent came forward to NewsChannel 3, saying she had no clue about the practice, until deputies forced the daycare owner to call all the parents.

“I would never have thought something like that would happen,” said Jeanette Mathis, whose 3-year-old son was in the Dylan Drive home at the time. “It’s supposed to be a daycare, they are supposed to be taking care of your children, and there is no reason your child should be put in a closet.”

So NewsChannel 3 tried to get answers from the daycare owners.

When we showed up at the home on Monday, we were met by Heather Hamilton, co-owner of Little Monkies, and we asked if she would comment on the sheriff’s deputies' discovery.

We also asked her about the daycare business, as well as if they were licensed.

“We don’t have a business, so I have no idea what you are talking about,” said Hamilton, even denying they ever took care of kids in the home.

According to deputies, 13 children were in the home at the time, so NewsChannel 3 tried to look up their state license and check on their inspection record.

What we discovered--they are not licensed at all, which is a requirement for all home daycare facilities with more than five children.

“At the end of the day, we are mothers and fathers, and it’s upsetting,” said Deputy Wesner.