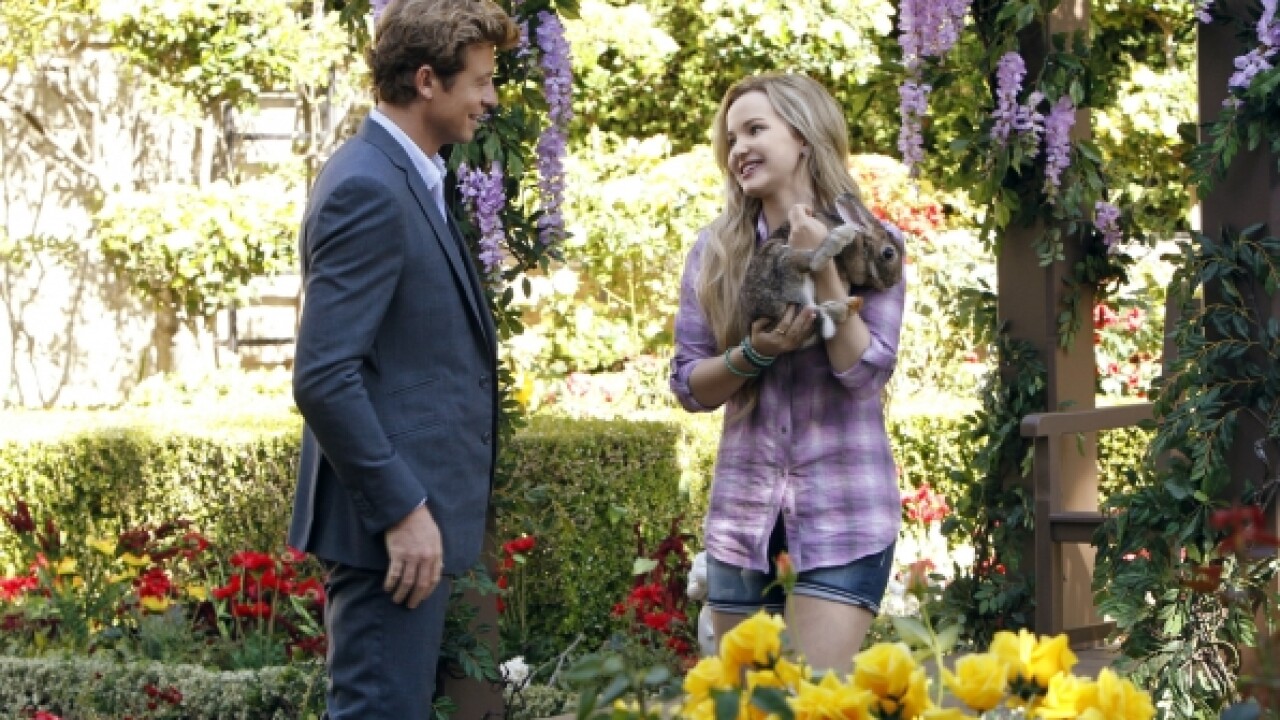 Patrick Jane chats with a girl claiming to be his murdered daughter after he returns her rabbit.

Patrick Jane chats with a girl claiming to be his murdered daughter after he returns her rabbit.

I think Patrick Jane’s daughter and I have a lot in common, except for that whole dead thing. I mean, the things she said to him about Red John were exactly what I was saying last week. The writers of “The Mentalist” seem to know fans are getting sick of the serial-killer plot. But, I’m glad to see the life of the show is being brought back.

Tip for anyone who finds themselves at a crime scene: Don’t drink tea from a used tea strainer.

Dad: I knew the tea was a bad idea from the start.

Me: Yeah, it seemed kind of obvious. Between that and the neighbor being the killer, I thought I had the whole episode figure out.

Dad: You knew it was her?

Me: She is a recognizable actress, a dead giveaway most times, and seemed loopy from the start.

Dad: Did you figure out how he was killed?

Me: No, that one caught me by surprise.

Jane found himself going down the rabbit hole after drinking the bad tea. During his hallucination, Jane found a rabbit in a pot which then lead him to his daughter. Yes, the daughter who was killed by Red John. She’s grown into a snarky teenager who uses Jane’s own methods against him. During the case she tries to help him catch the killer. But what spoke out to me more was her frustration over his obsession with Red John. She even called it creepy, the same word I used to describe it in last week’s blog. It’ll be interesting to see if anything she said gets through to him.

The team eventually discovers the victim’s neighbor killed him so she could get her hands on the diamonds he always carried. She even used a rare gem to frame the victim’s apprentice. The best part was when Jane and Lisbon trick the woman into revealing where she’d hidden the gems. They made her think she drank the hallucinogenic tea.

Dad: That was funny with the white rabbit and all.

Me: I still didn’t see the murder playing out like that.

Dad: No. I just thought she gutted him.

Turns out the neighbor tricked the victim into thinking the diamonds were inside his stomach. Since he was tripping on the special tea, he used a saw to start cutting open his stomach in an attempt to get the diamonds out. Instead, he just killed himself; a really disgusting way to go if you ask me.

Dad: I wish they’d go back to just bringing Red John up every couple of months.

Me: Me too. Maybe that’s where they’re headed.

Dad: But, I do like them starting the episode later. That way I don’t miss over half of the episode.