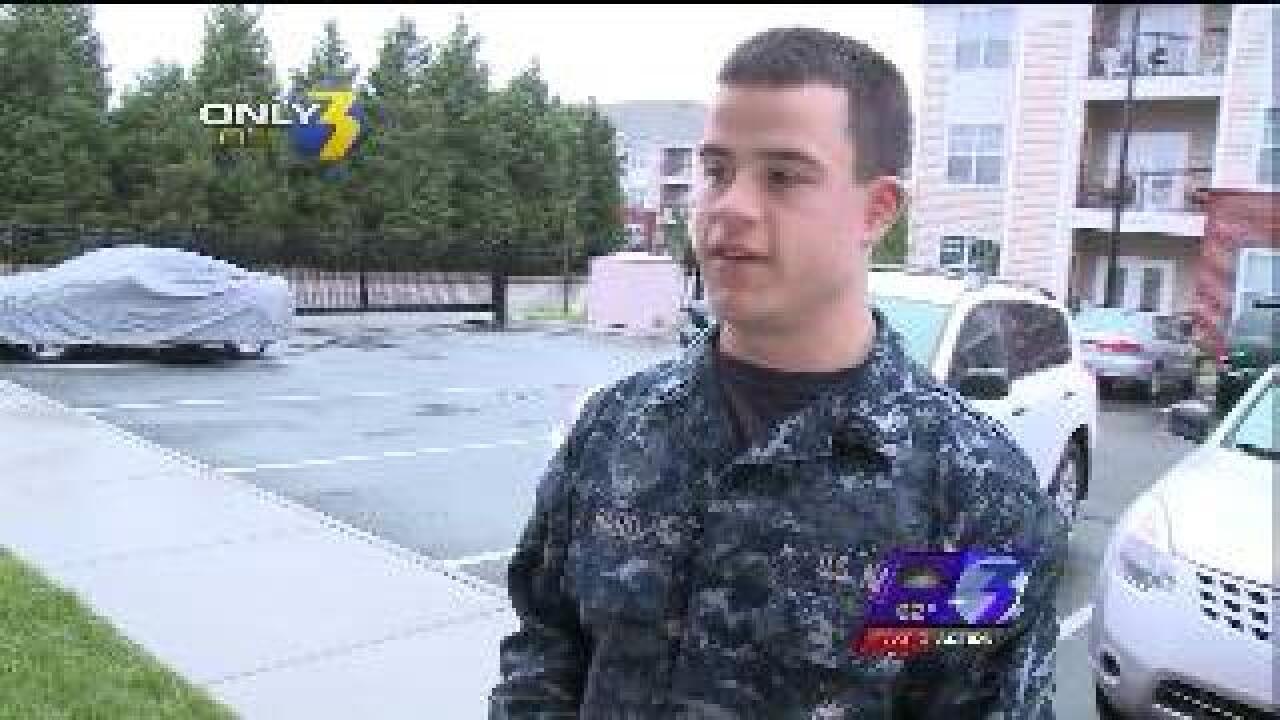 Jeffrey Bard had his home broken into while he was at work and his wife slept.
To make it worse, the thieves allegedly stole the sailor's car and used it to get away.

"How'd they even do this?" Bard said. "Because she didn't hear them at all, and they were just right in and out."

It appears they snuck in through Bard's sister-in-law's bedroom window.

Bard says he's seen surveillance photos that show the thieves pulling his white sedan around back so they'd go unnoticed as they took his 64-inch TV.

"So I'm guessing that they had to take my TV down this grass yard back here and just went straight into it and put it right in the trunk," Bard said.

They then came back in for more.

"And they cleared everything like that was on this counter-top, money, credit cards," Bard said.

What really concerned him was when he found some of the stuff in his trunk scattered all across the parking lot and yard.

Not only had they taken his TV and his car, but now he had to clean up after them.

"It was just, I didn't like it all. Take my stuff and throw more of my stuff on the ground," Bard said.

Bard had used a neighbor's car to get to work Monday morning, leaving the white Pontiac Grand Am for his wife so she could go to her job. Now they're left without a ride.

"Going to different places to get a new ID to actually get a car loan today," Bard said.