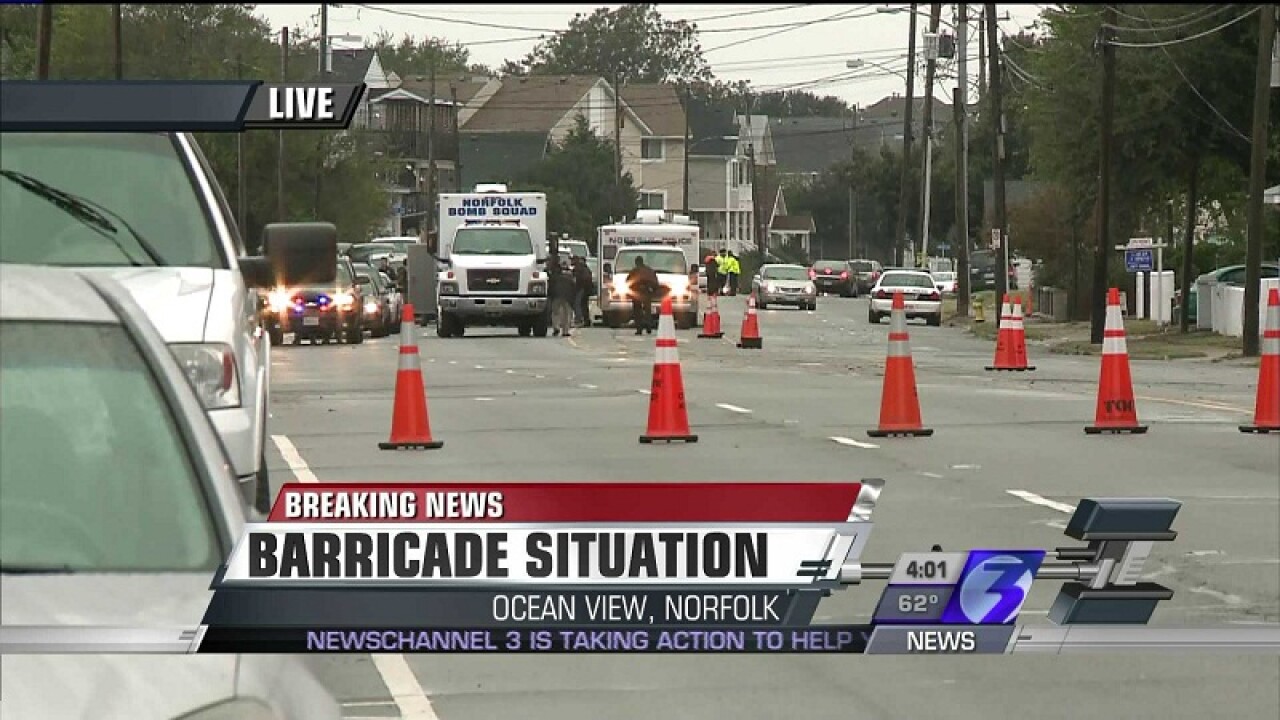 The bomb squad was called to a home in Ocean View on Tuesday.

At around 11 a.m., calls came in for a robbery somewhere in the Ocean View area and police were told that the suspect ran into one of the homes.

A woman who lives in the building says she woke up and police had the area surrounded.

The bomb squad was called in order to use the robot to look into the windows.

The situation has now been cleared. Police say no one was inside.