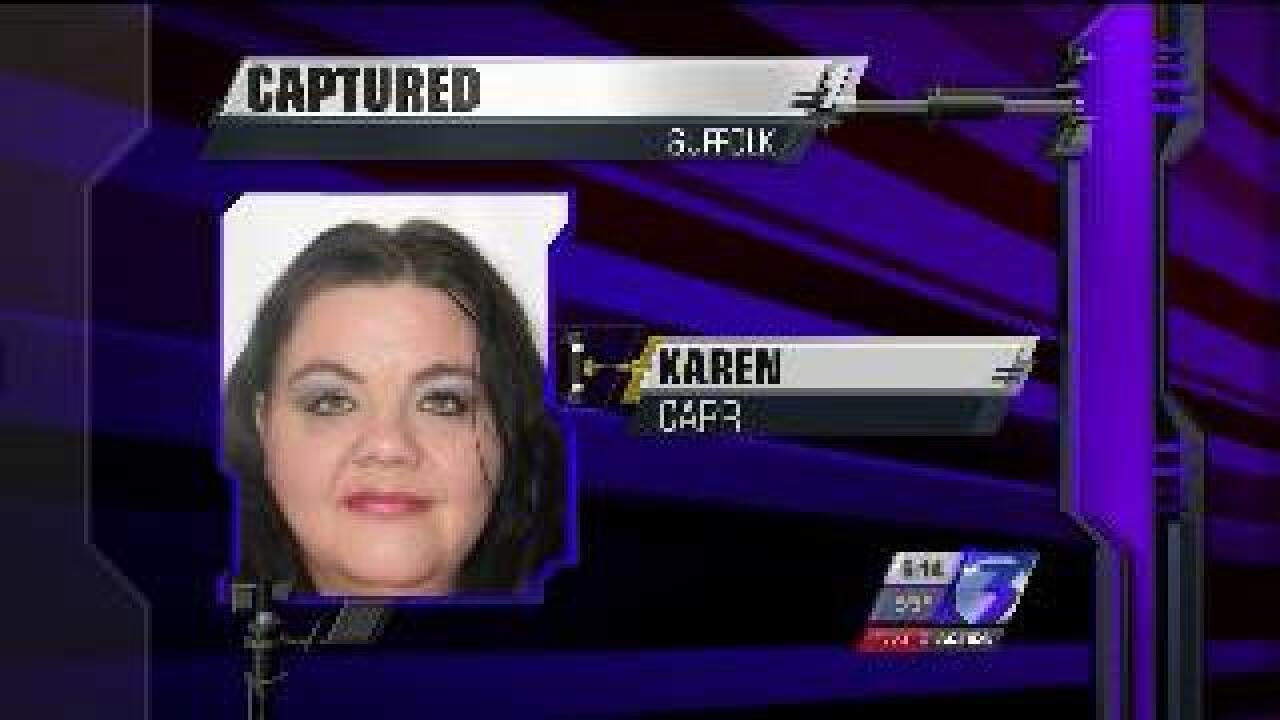 Police have now captured a former pharmacy worker who they say committed fraud.

She is identified as 43-year-old Karen Sue Carr.

Investigators say she filled unauthorized prescriptions for a family member while she worked at a Walgreens Pharmacy in Suffolk.

Between February and August of this year, police say Carr obtained drugs by fraud eight times.