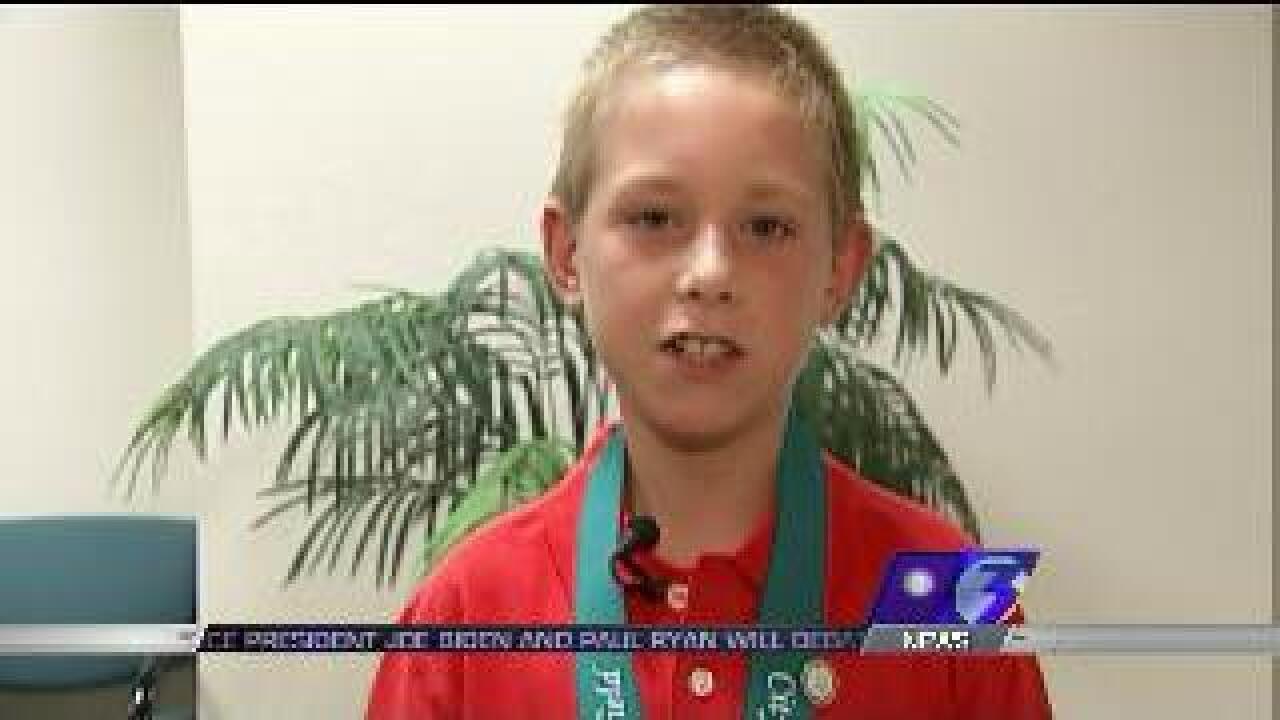 A 10-year-old California boy is being called a hero, and he has a new medal to prove it.

Salem Palmer received the Mayor's Medal of Appreciation award for helping save the life of a fellow student who was choking on a piece of pizza during lunch.

"I was in the cafeteria and a kid was eating it while he was coming to throw his food away, then he was choking on it, so I went over and did the Heimlich."

Palmer said he's always wanted to be a paramedic and learned the life-saving technique during CPR training.

This isn't the first time he has come to the rescue. Palmer was also recognized this summer by the fire department for helping save his neighbor's home from a fire.