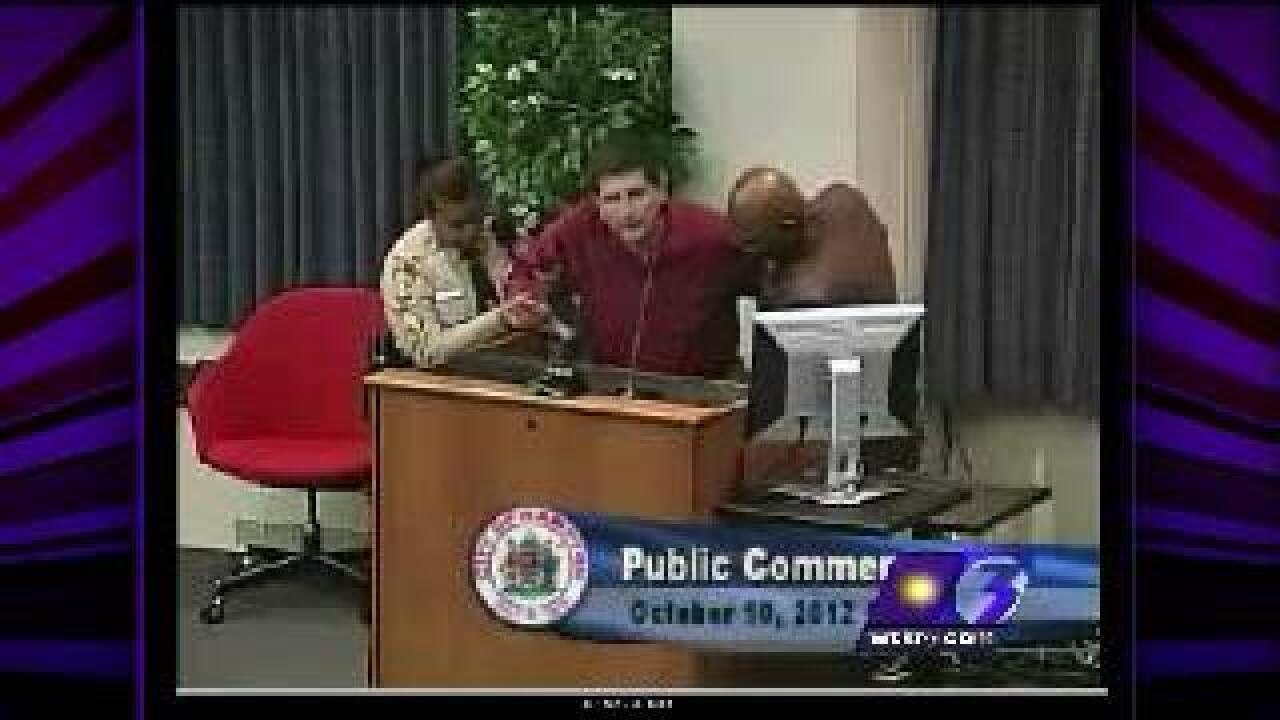 Hampton city council members claim they were never made aware of a multi-million dollar undercover police sting. A former state lawmaker now has been charged after trying to give his three cents about the operation at a city council meeting.

Former state representative and city councilman Tom Gear tried to ask one question to every member of council at Wednesday night's Hampton city council meeting before being kicked out of chambers and charged with trespassing.

After more than a year of undercover work, no one was arrested.

An internal investigation is underway since council claims they were never aware of the sting until August 1st.

“I didn't ask them about any of the facts about the investigation, I asked them a very simple question: When did they know it? What does that do to the investigation? It doesn't do anything. I just want to know when they knew it,” says gear.

About a dozen others followed Gear in voicing their frustrations with their elected officials.

Gear plans to plead not guilty to the trespassing charge in court at the end of the month.

“I don’t understand how I can be arrested for trespassing on city property that’s owned by every citizen of the city,” says Gear.

NewsChannel 3 spoke to the vice mayor who said no one would make a comment until the investigation is over.

But Councilman Donnie Tuck, who was the only council person to return our calls today, told NewsChannel 3 the public has every right to be upset because it's hard to believe not one member of city council or the city manager knew about the multi-million dollar undercover operation.